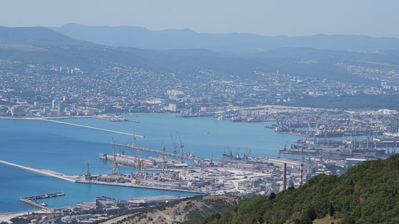 A regional appeal court in Russia on July 11 reversed an earlier environmentally-based district court ruling suspending the operations of the Caspian Pipeline Consortium (CPC) that exports most of Kazakhstan’s oil, issuing a RUB200,000 ($3,300) fine instead.

Analysts are trying to ascertain whether there is a genuine falling out between Moscow and Nur-Sultan over the post-Soviet latter’s marked lack of support for Russia’s decision to invade Ukraine.

Quite apart from the fact that the CPC pipeline—running from landlocked Kazakhstan to the Russian Black Sea oil export terminal of Novorossijsk—is important in that it handles around 1% of global oil, a full blockade of the infrastructure would cause huge damage to the Kazakh economy, not to mention massive losses for Western oil companies, including Chevron and Exxon, invested in Kazakhstan’s oil fields.

Ahead of the court overturning the suspension of the pipeline, Kazakhstan’s finance ministry let it be known that the Tokayev administration was considering banning shipments of EU and US-sanctioned goods to Russia and Belarus through its territory. The proposed ban was put up for public discussion until July 22 and was widely seen as a response to Russia’s halting of the CPC oil shipments.

Under the original court order, CPC was ordered to suspend its activities for 30 days over alleged oil spill concerns. The move raised concerns expressed by the consortium that oil shipments via the pipeline—accounting for around 80% of Kazakhstan’s oil exports—could come to a permanent halt due to "irreversible consequences" caused by flow disruption to functionality.

Kazakh oil continued to be shipped undisrupted via the pipeline while the order was still in place.

"Having considered the materials, having heard the arguments of the parties, the appellate court modified the decision of the district court and handed [Russian CPC sub-division] CPC-R a penalty in the form of an administrative fine of 200,000 rubles," the appeal court's ruling said.

The court ruling was not the first hindrance to CPC operations caused by Russia since the invasion of Ukraine began in late February—Moscow in March claimed storm damage as a reason to interrupt operations, while an apparent search for mines announced in late June triggered further difficulties—and Kazakhstan’s President Kassym-Jomart Tokayev knows full well that his country is far too reliant on the CPC pipeline to export its oil. He last week appealed for assistance from US companies developing the giant Tengiz oil and gas field for help consolidating oil export routes circumventing Russia. One option being looked at is a major increase in how much crude is carried on tankers across the Caspian Sea from Kazakhstan to Azerbaijan. However, tanker shortages could hit any planned hike.

Amid the Kremlin’s seizing of Western oil companies’ assets in Russia, there has to be concern that Western stakes in CPC could be under threat.

With a 24% stake, the Russian government-owned pipeline company Transneft is the main shareholder in CPC. Russian oil major LUKoil owns 12.5% and 7.5% is held by a joint venture between Russian state-owned Rosneft and UK-headquartered major Shell. The Kazakh government holds 20.75%, while US oil companies Chevron and Exxon own 15% and 7%, respectively. Smaller stakes are owned either by other international companies and consortia or the Russian government via other vehicles.

Kazakhstan’s food security hopes for the world undermined by food insecurities at home
NEO: Why copper mining must clean up its act
Kazakhstan: What next for restive mining village?