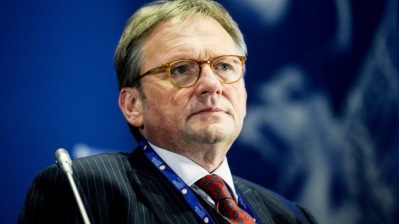 Russian presidential ombudsman for business Boris Titov rebuked the government for failing to improve the business climate in a report to Russian president Vladimir Putin
By Vadim Dumes in Paris May 29, 2019

Russian presidential ombudsman for business Boris Titov presented the annual report to the President Vladimir Putin, delivering a sharp criticism of the investment and entrepreneurship climate in the country, Vedomosti daily reported on May 28.

This year Russia’s investment community is in furore as the liberal fraction of the Kremlin, that actually runs the macroeconomic and reform processes, called on the president to intercede following the arrest of celebrity US fund manager Michael Calvey.

The Calvey case has exacerbated persistent concerns with the business environment in Russia, for domestic and foreign businesses alike.

As bne IntelliNews has argued, Russian business is facing a crisis of confidence and over 80% of the entrepreneurs surveyed by Titov's office believe that doing business in Russia was not safe.

Private businessmen was worried about the increasingly predatory nature of the big state-owned enterprises, which are using their government connections and deep pockets to snap up smaller rivals or are simply crushing their privately owned competition. At the same time officials, especially in the tax service, regularly use their administrative resources to extract bribes from successful businesses.

The upshot is businessmen are unwilling to invest in expanding their businesses, which is holding back Russia’s economic growth. The economic expansion in the first quarter of this year surprised economists by coming in well below forecasts and expanded by only 0.8%. The government’s goal of boosting economic growth to over 3% by 2021 looks unobtainable, say most economists.

State-owned companies account for the bulk of fixed investment and most of that is going into a handful of mega projects, such as Gazprom’s Power of Siberia and the Nord Stream 2 gas pipeline.

Fixed investment has got off to a slow start this year, falling off to RUB2.6 trillion ($40.6bn) invested in April, but the aggregate investment is still up slightly on the same period a year earlier to RUB48 trillion vs RUB43.9 trillion respectively.

As anti-corruption tsar and presidential Ombudsman for Business Titov told bne IntelliNews in an interview, part of his job is to protect businesspeople from abuse by state officials and he has extensive powers to investigate claims and even halt spurious legal proceedings. A third of the claims received by the ombudsman (30.5%) are related to malicious criminal investigations launched against the businesses by state officials, Vedomosti claims citing the report presented by Titov. Criminal investigations are a common way of settling business disputes, with Russian courts ignoring the limitations on arrests of entrepreneurs, the daily notes.

Searches and investigations, in which crucial data or information centres are disrupted, despite a formal ban on confiscating electronic data storage devices that could harm the business activity, also hurt businesses.

As opposed to milder economic crime charges, the entrepreneurs are more frequently tried under criminal charges related to organised crime group formation, which allows the arrest of suspects and longer sentences.

Putin himself has called for economic crimes to tried in civil not criminal courts. The president personally appointed Titov to his post and the ombudsman reports directly to Putin, who in theory operates independently from the other law enforcement agencies and the tax service. However, even Titov admitted to bne IntelliNews that progress was going to be slow.

Only this week Putin said a proposal to firstly consider release on bail as a restrictive measure against businessmen and paying attention to the amount should be studied, during a meeting with Titov.

“Concerning release on bail, we need to analyse the situation carefully and see. The amount of bail is important. If an alleged crime amounts to billions and the amount of bail to 10 kopecks, then it doesn’t work,” Putin said, adding that a positive side of this measure is the possibility of keeping a company working and not leaving people without jobs.