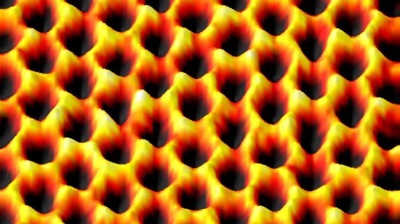 The valuation of Russia's OCSiAl that produces carbon nanotubes has topped $1bn, making it a tech unicorn. / wiki
By Ben Aris in Berlin May 23, 2019

Russia’s state-owned tech agency Rosnano has claimed the first unicorn in its portfolio after the valuation of the producer of carbon nano-materials for industry called OCSiAl topped $1bn – the threshold for earning the “unicorn” moniker.

Rosnano head Anatoly Chubais announced on May 15 that OCSiAl  has become the first unicorn in the Rosnano portfolio. Rosnano was set up by the state to promote high tech investments in Russia and in particular has targeted nanotechnology.

However, the announcement has been controversial and Chubais was publically attacked by well known Russian economist Andrei Movchan who disputed the claim, reports The Bell. Movchan said that the value was an extrapolation from a private placement deal that does not give the company a realistic valuation.

“OCSiAl is our first company that passed the market cap of $1bn. This is a unicorn by all the rules,” Chubais said at a press conference at the end of March. “The last transaction for the sale of the company's shares [...] was based on the price of $1bn.”

Famous Russian financier Alexander Mamut’s A&NN holding was reportedly the counterparty in the deal and Mamut is well known as a highly successful tech investor. He bought a reported 0.5% in the company for $5mn from Rosnano, which implies a valuation of $1bn for the whole company, making it a unicorn.

The row between Chubais and Movchan over the classification of the deal has stirred up a small scandal in Moscow where the two men have been trading barbs.

“The fact that there was only one person in the world, who was ready to pay a little bit of money for a few shares, and this person is not from the street, unfortunately does not say anything [about how much the company is actually worth],” Movchan wrote in a Facebook post aimed at Chubais.

Chubais countered that the investment was real and the price was agreed so the valuation is valid.

Novosibirsk entrepreneur and ex-banker Yuri Koropachinsky founded OCSiAl together with scientist Mikhail Predtechensky, who invented a procedure to produce single-wall graphene nanotubes on an industrial scale. These tubes, when added to other materials, should dramatically multiply their properties.

Graphene is a hexagonal carbon atom lattice that is a basic structural element in a number of other allotropes of carbon, including graphite, charcoal and nanotubes. Given the multiple carbon bonds that make up the lattice, a sheet of graphene is 100-times stronger than the toughest steel, as well as conducting electricity very well.

Rosnano invested about $20mn in the company and raised another $40mn from Eurobond issues.

Carbon nanotubes are called "the material of the future" and synthesised from graphene, which was isolated by Russian physicists Andrei Geim and Konstantin Novoselov in 2004. The pair received a Nobel Prize for their work in 2010.

In 2018, OCSiAl sold nanotubes worth $10mn to industrial clients, or a little less than half of the total volume produced by the company of 11.7 tonnes. The company has orders for 17 tonnes.

According to analysts at Future Markets, cited by Russian Forbes, at the end of last year OCSiAl accounted for 86% of world production and 95% of global sales of the nanotubes. The entire market is now estimated to be worth $200mn.

Kazakhstan: Sanctions likely behind fresh delay at new Baikonur launchpad
7 days ago
EWDN: How Russian game developers are being hit by the shockwave of war
8 days ago
Disney+ comes online in Turkey
8 days ago
Romanian crowdfunding platform SeedBlink helps Bulgarian startup Agriniser raise funds
14 days ago
Investments into Serbian startups soared more than 600% in 2021
14 days ago