Russia real estate sector is starting to recover after years in the doldrums, with the investment volume up 9% in 2017 to $4.6bn, reports JLL.

“In 2017, the market underwent both positive and negative changes. The Russian economy has been recovering,” Olesya Dzuba, Head of Research, JLL, Russia & CIS, said in a report. “The ruble traded within a narrow range. Inflation declined below the Central Bank target. Despite the raising concerns about the banking sector stability, a number of large deals closed at the year-end. These included the sale of Immofinanz shopping centre portfolio and the part of Sever-2 warehouse complex. We expect the investment volume to climb to $5bn in 2018, up 9% y/y.” 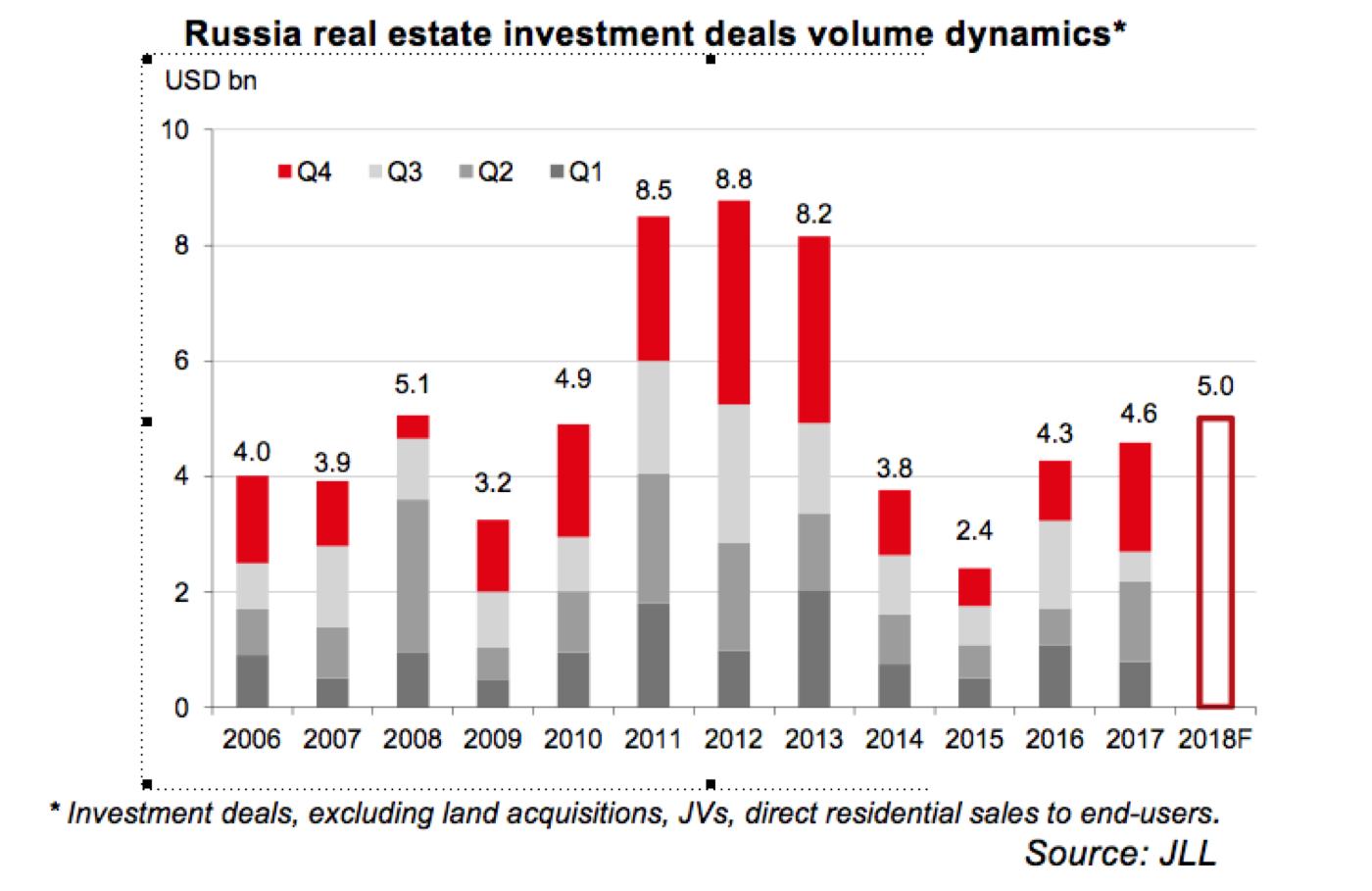 In 2017, the retail sector accounted for 40% of the total volume. Offices followed, with 34% of all deals. The retail sector dominated over the whole year, with the sale of the Immofinanz shopping centre portfolio to Fort Group supporting this in the fourth quarter.

“Moscow remains the main investment destination in Russia. In 2017, its share was close to the level in the previous year, at 79%,” JLL said in its report.

But higher investment activity was recorded in St. Petersburg, whose share had increased from 9% in 2016 to 16% in 2017. In absolute terms, the St Petersburg investment volume grew by 96% y/y, from $380m to $744m. Investors considered St Petersburg assets as an alternative to those in Moscow, increasing their activity in the Northern capital. 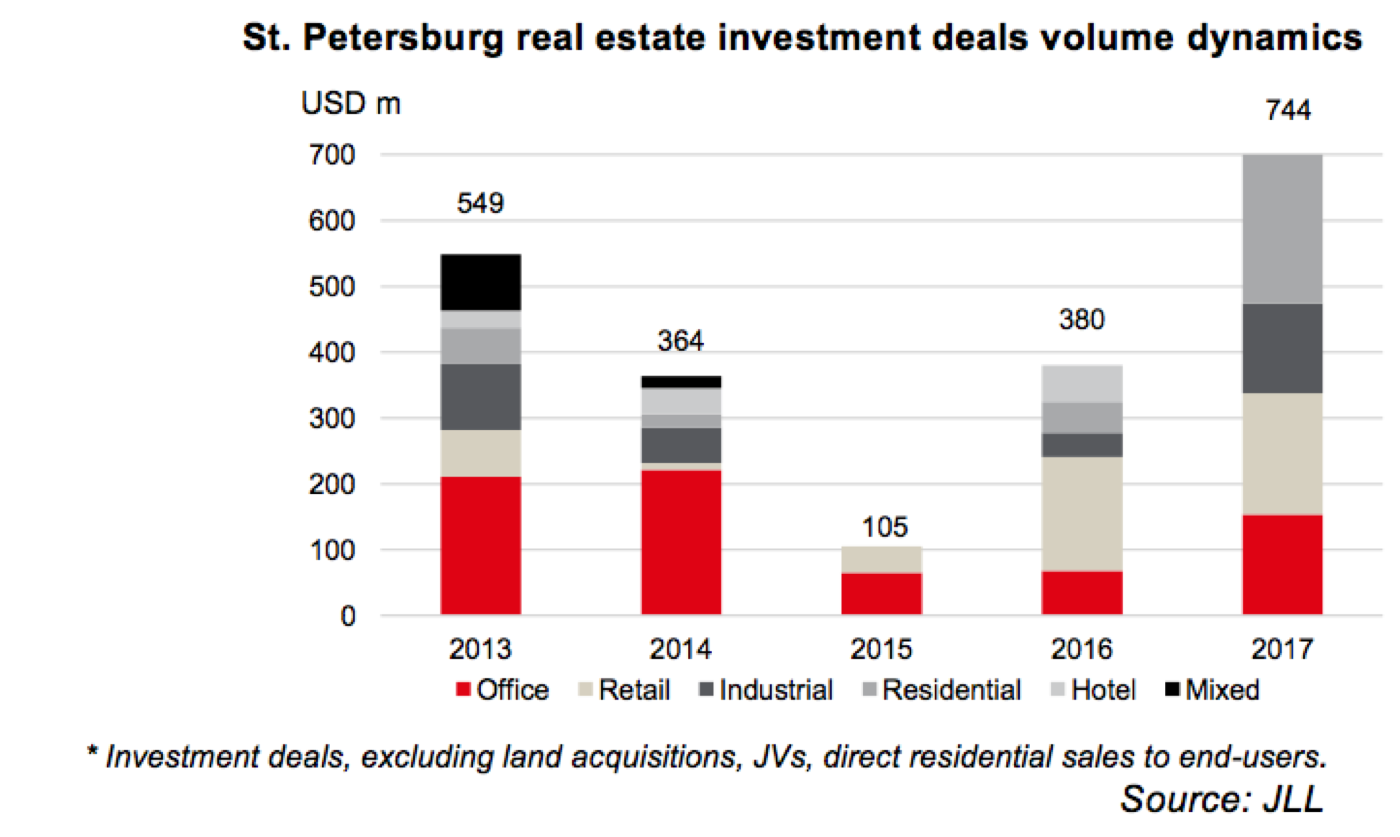 And foreigners are getting back into the market. The share of foreign investments increased from 6% in 2016 to 17% in 2017.

“In 2017, new foreign investors entered the market. At the same time, those who have already been present there became more active. The newcomers included the Chinese company Fosun Group, which purchased the Vozdvizhenka Centre office building in Moscow. Raven Russia, the British investment fund, which acquired assets both in Moscow and in St Petersburg, led the ‘old timer’ list,” Evgeniy Semenov, Regional Director, Head of Capital Markets, JLL, Russia & CIS, notes. “The investment market recovers gradually, with the share of restructuring deals dropping from 48% to 2% in 2017.”

Retail surpass pre-crisis peak as Romanians shop instead of holiday
1 day ago
Ukraine’s real wages up over 10% in October but have been stagnant in dollar terms for almost a year
1 day ago
Russian services PMI rises to 48.2, but remains underwater as recovery continues to slow
2 days ago
Poland’s PMI remains stuck just above the improvement line at 50.8 in November
3 days ago
Second virus wave ‘took wind out of Turkish manufacturing’s sails in November latest PMI shows’
3 days ago