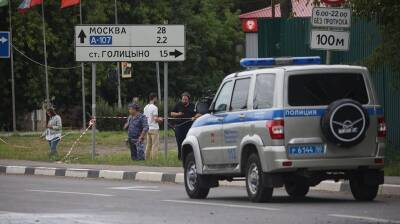 Russia’s FSB has announced it has already solved the case of the car bombing at the weekend that killed journalist Darya Dugina, the daughter of prominent Russian ideolog Alexander Dugin, accusing the Ukrainian special services of assassinating her.

"The Federal Security Service of the Russian Federation, as a result of a complex of urgent operational-search measures, has solved the murder of Russian journalist Daria Dugina, born in 1992," the FSB Public Relations Centre (CSP) said on August 22, two days after the event.

"The crime was prepared and committed by the Ukrainian special services," the FSB said in a press release.

"The contractor is a citizen of Ukraine, Vovk Natalya Pavlovna, born in 1979, who arrived in Russia on July 23, 2022, together with her daughter Shaban Sofia Mikhailovna, born in 2010," the FSB reported.

Telegram channels quickly filled with pictures of the two. Shaban Sofia is shown wearing a bikini and is 12 years old. The FSB said the pair has already escaped to Estonia.

"Vovk, together with her daughter, left through the Pskov region to Estonia." According to the FSB, "in order to organise the murder of Dugina and obtain information about her lifestyle, they rented an apartment in Moscow in the house where the deceased lived." The FSB claims that Vovk used a Mini Cooper to tail Dugina that carried a licence plate from the self-proclaimed Donetsk People's Republic but these numbers were changed to Kazakh numbers and then Ukrainian numbers.

"On the day of the murder, Vovk and Shaban were at the Tradition literary and musical festival, where Dugina was present as an honoured guest," the security service said.

The FSB reported that the materials of the investigation were transferred to the Investigative Committee of the Russian Federation. Observers were surprised by the speed of the result - only two days to reach a conclusion. Other high profile political murder cases, such as opposition leader Boris Nemtsov and journalist Anna Politkovskaya, remain unresolved years after they happened.

In his first comments since the death of his daughter, Dugin said that she was a “patriot” and a “philosopher.”

“She was a patriot, a war correspondent, an expert of central channels and a philosopher" while she "never called for violence and war,” Dugin said in a statement published by businessman Konstantin Malofeyev on his Telegram channel on August 22.

He added that "the enemies of Russia killed her in a cowardly and underhanded way… Yet it is not possible to break us, our people, even with such unbearable strikes. They wanted to suppress our will with bloody terror against the best and the most vulnerable among us. Yet they will fail," he added. "Our hearts yearn not just for revenge or retribution. This is too low, that’s not the Russian way. We need only our Victory… So please, win!" Dugin said.

Dugina's car was blown up on Saturday evening near the village of Bolshie Vyazemy, Moscow Region. Dugina was killed instantly. The car belonged to her father and he was intending to travel with her but changed his travel arrangements at the last minute. Social media show a picture of him at the scene of the assassination watching helplessly as the car burns.

In Kyiv former Duma deputy Ilya Ponomarev claimed on social media that the previously little known National Republican Army was responsible for the killing, whose representatives turned to Ponomarev for "methodological and material assistance," Ponomarev said.

Ukraine’s government denied any involvement in the killing saying in a statement: “We are not a criminal state.” Vovk will be put on an international wanted list and her extradition to Russia demanded, a source in the law enforcement told Tass.

"Ukrainian citizen Natalia Vovk, who escaped to Estonia after committing the murder of Darya Dugina, will be put on the wanted list and her extradition demanded," the official said.

Russian President Vladimir Putin sent a telegram with his condolences to the family of journalist Darya Dugina who had been killed in a car bombing, the Kremlin said.

"Dear Alexander Gelyevich and Natalia Viktorovna, please accept my sincere condolences and words of support in connection with the gravest and irreparable loss that has befallen you," the president said to the woman’s parents, according to the telegram, which the Kremlin posted on its website.

"A vile, cruel crime cut short the life of Darya Dugina, a bright, talented person with a true Russian heart: one that’s kind, loving, sympathetic and open. As a journalist, scientist, philosopher and war correspondent, she honestly served the people, the Fatherland, and proved with her deeds what it means to be a patriot of Russia," the telegram said.

Putin said that "the memory of Darya Dugina will forever be preserved by her relatives and friends, the people that shared her beliefs and associates." The president wished the family of the journalist strength and courage in connection with the tragedy, Tass reports.