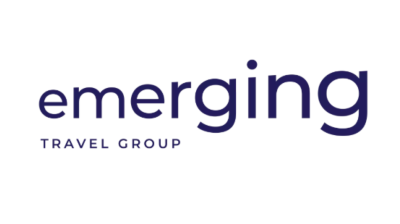 The company hopes the investment will help it accelerate the development and further international expansion of the group.

Emerging Travel Group claims to operate in more than 100 source markets with its B2B brand RateHawk and two B2C brands: ZenHotels, which serves customers from countries, and Ostrovok, which offers hotel and air tickets mostly to online customers from Russia and neighboring countries.

Founded in 2010, Ostrovok looked at that time as one of the rising stars of the Russian startup scene. In its pursuit of leadership in the Russian online travel market, the young company raised several dozens ofmns of dollars from such investors as Accel Partners, Atomico Ventures, General Catalyst Partners, Yuri Milner and others. The startup’s co-founder Serge Faguet hoped to raise “hundreds ofmns of dollars in the next few years.”

“We’re really serious about turning Ostrovok into a multibn-dollar company over time,” he stated at that time.

However, US investors sailed away from the startup as international tensions raised in 2014.

In an exchange with East-West Digital News, Emerging Travel Group did not disclose the terms of the deal, which made Ostrovok a part of the group.

Fast growth across the globe

Launched in 2016, RateHawk is an online hotel-booking platform designed for travel professionals. The platform provides access to more than 1mn accommodations worldwide and is used by over 9,500 travel professionals in Europe, the Middle East, South America and Africa.

“We intend to focus on the product, localization, and customer support to make RateHawk the default booking engine for any travel professional worldwide,” said Emerging Travel Group CEO Felix Shpilman.

In 2018, Emerging Travel Group reported $713mn in gross booking value for all of its brands combined, a 46% increase from 2017. B2C bookings through its brands ZenHotels and Ostrovok accounted for 47% of the turnover, serving more than 500,000 unique customers.

Lev Leviev is a co-founder of Vkontakte, now a property of Mail.ru Group. In May this year LVL1 Group led a $19mn round for London-based eSports club Fnatic.

Igor and Dmitry Bukhman are US dollarbillionaires. The brothers, born in the northwest Russian city of Vologda, founded a video game company out of their hometown in 2004. Now, Playrix entertains about 30mn users every day with popular games like Homescapes and Township.

Turnover of the sector is expected to reach a new all-time high of over €9.2bn this year, according to economic data processing platform KeysFin.

The strategic partnership could create one of the leading telecommunications holding companies in the CEE region.