Russia's carmaker AvtoVaz turns in first profit for a decade 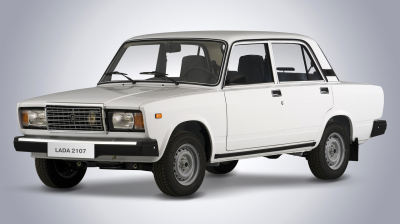 The Russian maker of the iconic Lada, Avtovaz, turned in its first profit in a decade in 2018
By bne IntelliNews May 2, 2019

While some carmakers in Russia have been hit hard by a deep dive in the market in 2015-2016, helped by its largest shareholder Renault, AvtoVaz consolidated its market share and emerged on top from the crisis.

Russia’s car market has started to recover from a deep contraction that began in 2018. Car sales have been growing slowly for the last two years but contracted for the first time since 2016 in February, before returning to growth again in March. The make up of the market has also changed: in the boom years Avtovaz lost out to foreign brands as consumers bought on credit, but since the downturn Russians have returned to the cheaper Avtovaz models en masse, which is again the best selling cars in Russia.

Renault-Nissan is the largest shareholder in Avtovaz, together with Russian state technology agency Rostec. Since autumn 2018 Rostec and Renault Nissan seek to consolidate 100% in Avtovaz. In April 2018 Avtovaz completed the second stage of a $1bn recapitalization by the French car major and Rostec, which brought their joint stake in the company to 83.5%.

Net debt of Avtovaz as of end of 2018 was cut by 27% to RUB61.5bn, as estimated by VTB Capital, due to both operational improvements and the recapitalisation programme. Ebitda is estimated to have jumped 2.6-fold y/y to RUB22bn with margin doubling to 7.8%.

As reported by bne IntelliNews, in January Russia’s Ministry of Industry and Trade has signed a 10-year special investment contract with Avtovaz to increase the localisation of parts that go into the maker of the iconic Lada’s production.

The deal is specifically designed to increase the amount of locally produced parts in the production of Lada, Renault, Nissan, Datsun and Mitsubishi cars as well as the modernisation of their production capacities, the ministry said. The deal will also create 2,300 new jobs, Avtovaz said in a statement.

From 2017 to 2018, motor vehicle production increased by 13.3%, according to Statistics Finland. A total of 1.8mn passenger cars, buses and trucks were produced last year and 0.3mn were imported. There are about 50mn cars in Russia in total.

The market is gradually recovering again, but sales of cars are still not strong. During the last three decades, the position of foreign brands in the Russian vehicle market has varied.

Starting in the 1990s domestic production of cars crashed and in 2008, more than half of the new market sales came from abroad, from imported cars.

As the economy and wage increases slowed after 2011, the share of domestic production recovered and foreign carmakers have increasingly invested into Russian-based production -- often in partnership with Russian carmakers.

In particular, AvtoVAZ has maintained a significant market position partly thanks to its tie up with Nissan-Renault. The popularity of the German, American, Japanese and Korean brands has been preserved, but today more than four out of five new offerings come from domestic factories, according to Bank of Finland Institute for Economies in Transition (BOFIT).

Market conditions remain tough and in March the Ford-Sollers joint venture between American Ford and Russian Sollers, formerly Severstal-Avto, announced that it will close down passenger car production in Russia and focus on other light vehicles.

Likewise, Russia’s “other iconic carmaker” GAZ, that produced the Volga saloon, asked the government for RUB30bn ($469mn) in subsidies in April after its owner oligarch Oleg Deripaska warned that the company is facing bankruptcy due to sanctions on both him personally and his carmaker. The company’s problems are a headache for the government as GAZ is a major employer in the city of Nizhny Novgorod.

Several cities in Russia rely on the automotive sector and the slowdown has hurt the local economies right along the River Volga from Samara to Yaroslavl. Car plants are concentrated in Kaluga, Kaliningrad, St Petersburg and especially Tolyatti where Avtovaz has its main production: 37,000 people work at the plant there even after major redundancies.

The growth of the Russian market of commercial vehicles has continued for three years in a row after sales were halved in 2013–2015, however, they have yet to return to the record set in 2012.

After growth in January, sales contracted again in February and analysts worry this year will see the market stall again due to the six years of stagnant real incomes.

Russia's car and light commercial vehicles (LCVs) sales in February contracted for the first time in two years, dropping by 3.6% year-on-year and by 1.8% y/y in January-February overall to 0.133mn and 0.235mn units respectively, according to the Association of European Businesses (AEB).

"For the first time in almost 2 years, market sales in February showed a – however small – downturn compared to the prior year result," the head of AEB Joerg Schreiber commented.

Steady growth of cases since impoverished country relaxed its nationwide lockdown. PM among those that have contracted the virus.