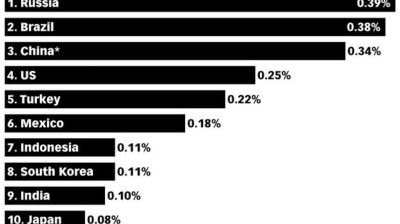 As the popularity of online dating surges globally, Russia has been ranked number one for the highest share of dating apps downloaded as a share of total app downloads. In Russia 0.39% of app downloads are dating apps, followed closely by Brazil with a 0.38% share, China with a 0.34% share and the US with a 0.25% share, according to Sensortower data cited by eMarketer.

The other countries that make up the top 10 are Turkey, Mexico, Indonesia, South Korea, India and Japan.

As of recent AppAnnie statistics, Google Play app charts show the top dating apps Russians are using. The number one app Russians use for online dating is Poobshayemsya (Let’s talk), which is used for both serious relationships or to find friends. The second most popular Russian dating app is Galaxy. The app includes hundreds of chat rooms, including the option to create your own. There is also a private messaging option, and an option for random chats to meet new people. LovePlanet is the third most popular Russian dating app. LovePlanet is an international dating app that allows users to play “yes, no, maybe” to find a match. It also has the option to secret chat, which is recommended for shy users.

Tinder did not make the top 5 Russian online dating apps, and this is most likely because there are more local sites that cater more to Russian needs when it comes to online dating.

While a good portion of dating apps don’t have a desktop option for users, some dating apps are married to websites that were originally built before the rise of mobile. To compare the app rankings, we looked at research by SimilarWeb on Russia’s most popular sites for relationships and dating.

The local Russian websites and Badoo have long dominated this market but there has been a lot of space for new apps and options for Russian users to capitalise on the Russian interest in online dating. 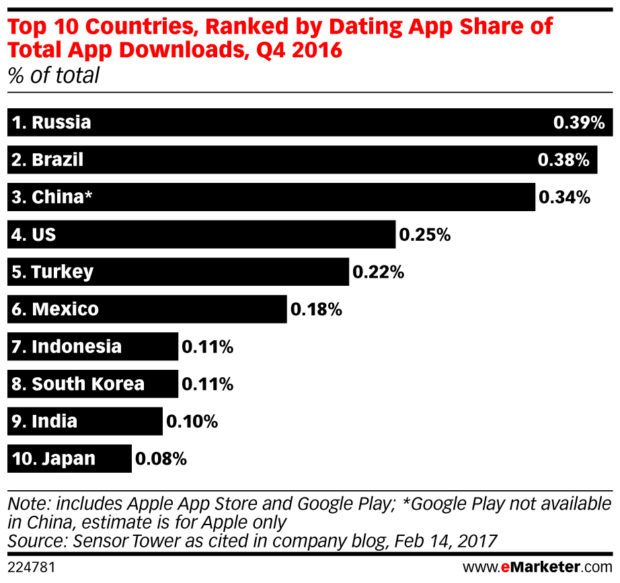 This analysis first appeared in Russian Search Marketing, a syndication partner of East-West Digital News. It is republished here with a few changes.

MACRO ADVISORY: Ruble at 5-year high, how strong can it get?
Russian population's inflation expectations drop six points to 12.5% as economic crisis fears fade
The Mariupol siege is over as the last Azov defenders surrender