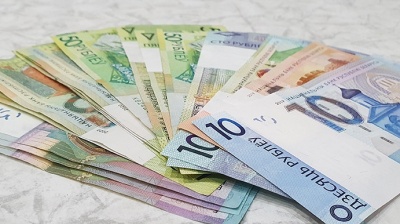 On Wednesday, November 16, Russia and Belarus signed an agreement to extend Russia’s RUB105bn (approx. $1.74bn) loan to Belarus. The loan was given in order for Belarus to implement its import-substitution project, which includes a reorientation of its manufacturing industry’s imports towards Russian and Belarusian producers.

On Monday, the Russian Duma approved postponing Belarus’ debt payments to Russia, totalling $1.4bn, by 10 years. Shortly after Russia began its full-scale invasion of Ukraine on February 24, Minsk asked Moscow to restructure and refinance its debt. Belarus’ payments, redemptions and debt servicing to Moscow were previously due in March 2022 and in April 2023. These have now been moved to 2028-2033.

Moscow undoubtedly knew what it was getting itself into when it decided to financially back up the Belarusian regime in 2020 and 2021. Presumably Moscow also knew what it was getting itself into by drawing the debt-burdened Belarusian regime into its invasion of Ukraine. The ensuing sanctions have left the otherwise open Belarusian economy with large problems in all sectors. The decision to back up Minsk is most likely due to long-term political calculations rather than based on economic rationality.

The income from Belarus’ largest foreign currency earning products (such as potash fertilisers, petroleum and forestry products) has decreased significantly this year as sanctions have blocked the transport of these goods through Western ports. Moreover, the war in Ukraine has cut Belarus off from its traditional southern export route through Odesa.

The remaining routes for Belarusian exports to global markets are through various Russian ports or by rail to China and Central Asia. However, these transport routes incur much higher costs and significantly narrow the profit margins. To make matters worse, around 5,000 items of rolling stock (worth approx. $355mn) have been seized by Ukraine. Belarusian state producers have reportedly been working hard to replace these wagons, as they’re needed by the transport sector for exports.

According to the Eurasian Development Bank (EDB), Belarus’ exports declined by 4.8% year on year in September. The EDB noted that considering the increase in supply prices (due to higher production costs), the corresponding reduction in physical volumes may be even greater.

Moreover, industrial production in Belarus fell by 6.1% y/y for January-September 2022. While Belarusian officials have claimed that the country's economy is making a comeback from the initial effects of Western sanctions, the available data does not back up their claims. So far, the reorientation of Belarus’ exports has not helped Minsk to compensate for the production and logistic chains lost to sanctions.

Belarusian officials also often make out that import substitution is a simple task, while in reality, it entails a major restructuring of the manufacturing industry. Making large parts of an entire sector switch to small-scale domestic producers creates high inflationary pressure on the products in demand. Switching to Russian producers (who may already have production of sufficient scale) may be easier but could also be costly.

Foreign investors from Western countries and Ukraine have decreased this year, while Russian investments have increased. However, foreign companies are desperate to leave the country.

To retain investments in certain industries, the Belarusian government has created a list of companies from which foreign investors are prohibited from withdrawing their investments. Last week, Belarusian strongman Alexander Lukashenko furiously told state Belarusian media that companies from “unfriendly countries” will be nationalised if they intend to leave.

The current macroeconomic storm in Belarus is making it hard for the country to maintain macroeconomic stability, something which has long been a key policy for the Belarusian government; the macro-financial situation is not looking much better.

This summer, Belarus was declared to have defaulted on its foreign debt payments by Moody’s, Fitch and S&P, as it was unable to repay its dollar-denominated debts in dollars.

In October, the World Bank downgraded all loans made by the International Bank for Reconstruction and Development (IBRD) to, or guaranteed by, the Republic of Belarus to non-performing status. As of October 14, Belarus’ principal outstanding on IBRD loans is $967mn, 0.42% of the IBRD’s total outstanding loans. In total, Belarus owes the IBRD $68.43mn in overdue payments.

Due to Western sanctions, international clearing and depository sytems are unwilling to work with Belarusian debt. In July, Belarus’ payment agent (Citibank) abnegated its duties, and Belarus announced in August that it is unwilling to look for a substitute.

Instead, the Ministry of Finance (MinFin) has this year been paying out dollar-denominated debt in Belarusian rubles through Belarusian banks, making foreign debtors create accounts in sanctioned Belarusian banks to access their payments.

Belarus has repeatedly said that it wishes to honour its foreign debts, and the MinFin has said that payments in dollars can be made if there’s a technical possibility. Thus if foreign investors are able and willing to receive a transfer in US dollars from a sanctioned Belarusian bank, Belarus is able to service its debt in dollars.

According to the Chairman of the NBRB, Belarus’ current gold and FX reserves “hover” at $7.5bn – a $1bn decrease since February 1. Belarus’ National Bank (NBRB) stopped publishing the structure of and the various factors that influenced changes to Belarus’ total gold and FX reserves in August this year. Therefore, it’s hard to tell how much money the NBRB actually has.

Belarus will most likely not be able to convert its SDRs with the IMF, as Western countries will block the request. This leaves $2.4bn left in various liquid dollar-denominated assets. While this is certainly enough to pay off its next $800mn dollar loan on February 28, 2023, that payment would leave its liquid reserve assets at a dangerously low level.

The US-sanctioned Belarusian government and private entities are certainly making hidden dollar transactions both in and outside the country. However, these transactions are likely to be on a fairly small scale, and related to very specific bilateral investment deals between Belarusian entities and their partners.

The NBRB is unlikely to pay out a $800mn loan through a sanctioned Belarusian bank unnoticed, and it will thus need to pay out the loans in Belarusian rubles. Therefore Belarus may have the money (albeit barely) but is unlikely to be able to pay it out due to technical issues with sanctions.