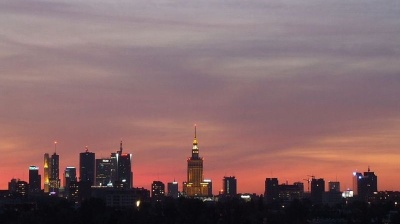 Romanian property management startup Milluu managed to race past its fundraising target in just three hours. The final investment total reached €884,000, €100,000 above the target, in the largest funding round raised so far through the SeedBlink platform.

Following the new round of financing, the company's valuation will amount to €4.25mn, and by the end of 2021, the company proposes to have over 900 apartments in its portfolio.

The company initially planned to raise €784,000 in the current round of financing, out of which €230,000 was earmarked for Seedblink investors, other than the existing owners.

“Although we were initially targeting €784,000 euros, we reached €884.000 within about three hours of the crowdfunding campaign launch. First of all, we would like to thank our partners Early Game Ventures, ROCA X, #NetopiaInvestments, Simple Capital, Growceanu, angel investors, as well as over 80 investors who invested in us on SeedBlink and trusted that we can make Milluu a landmark in the real estate rental market. Keep an eye on us!” the company wrote on Facebook.

Existing investors — local venture capital funds Early Game Ventures (EGV) and RocaX, and other investment funds such as Simple Capital, Netopia Investments, Growceanu, and several angel investors — confirmed their participation in the round and contributed €454,000 (versus €404,000 initially announced).

The founders also extended a €150,000 financing through convertible loans.

Milluu is the first company in the Early Game Ventures portfolio to be listed on SeedBlink. It will use the money to support growth in the local market and expand its property management services in Poland.

Milluu is founded and run by Florin Stoian, an entrepreneur who previously founded StarTaxi, sold to World Com Trading in 2012, and Yellow Menu, which received an investment of €300,000 in 2019.

From a mobile application that only wanted to put landlords in touch with tenants and provide them with digital tools to facilitate the apartment rental process, Milluu opened a property management division under pandemic conditions, managing to have apartments and studios totalling €18mn  in the portfolio at the end of 2020.

Through the property management division, Milluu takes over the management of apartments, for which it ensures the risk of non-collection of the rent by guaranteeing uninterrupted payments of the rent for the entire contractual period.

Milluu intends to replicate its business model in Warsaw, Poland being the first market after the local one in which the company intends to expand its services. This market, similar to the one in Romania, is a fragmented, unregulated and very little technological, which offers a good opportunity to adapt the property management model of Milluu.

“Milluu managed in a very short period of time, with limited resources, to demonstrate the ability to monetise a new business model in Romania. By raising a new round of funding that we support, it will have the chance to scale in an area where digitisation is in its infancy, with spectacular efficiency opportunities. Milluu can become the property management solution preferred by the educated and above-average income segment in Central and Eastern Europe,” said Radu Stoicoviciu, EGV partner.