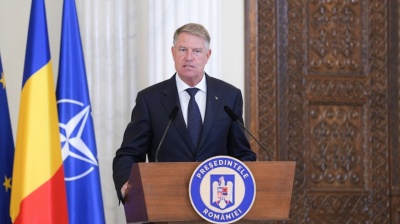 Support for President Klaus Iohannis and his National Liberal Party (PNL) have been eroded by the country’s failure to secure membership of the EU’s Schengen border-free zone.

All the polls carried out in recent days in Romania are converging to indicate Iohannis is seen as being mainly responsible for the failure.

He claimed that “there were discussions about Schengen at the European Council meeting” on December 15, declaring himself “pretty optimistic” that the process will end in 2023 with a positive result for Romania and Bulgaria.

It’s a late attempt to window-dress a failure that could cost him his political career and compromise the future of the PNL for years.

Aside from Iohannis, the PNL, and the ruling coalition in Romania, which also comprises the Social Democratic Party (PSD), are under increasing pressure to explain how was possible to accept the unacceptable (in the words of the Romanian authorities): being left outside Schengen area for no reason whatsoever except for the veto of another European country. Romania and Bulgaria have met the criteria to join the Schengen zone, but their accession was vetoed by Austria, while the Netherlands also vetoed Bulgaria.

After being elected to the presidency on a wave of public rage against the Social Democrats’ corruption, Iohannis is close to missing all of the very few targets he set for his two consecutive terms in office – and he will furthermore complete his term with the Social Democrats in power again, in a coalition he brokered.

Under such circumstances, Iohannis finds sources of optimism in more simple facts.

“You should not have high expectations,” he recently recommended – and it proved to be good advice.

Prime Minister Nicolae Ciuca and his team of under-qualified ministers – judging from the chain of scandals related to their PhD theses – are also expected to pay a political price. In the spring, Ciuca is expected to give up his place to the Social Democrats, whom Iohannis brought in as part of the ruling coalition.

The PNL, with its credibility severely damaged by Iohannis during 2020-2021 when he ousted two of its leaders to bring the party closer to Social Democrats, might then become close to irrelevant.