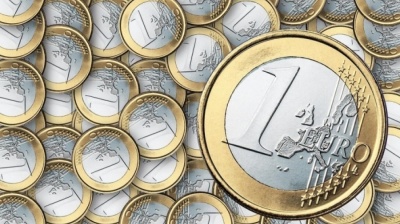 Romania’s government will soon send to the European Union (EU) the documents with the country’s plan for the adoption of the euro by 2024, Prime Minister Viorica Dancila announced on January 30. The central bank’s deputy governor Florin Georgescu backed the idea.

2024 is not an ambitious deadline. The country has repeatedly postponed the deadline at times when it was better prepared in terms of nominal convergence criteria.

The national committee set up in early 2018 for drafting a strategy and a plan for the euro adoption have submitted their reports, and the government is currently reviewing them for endorsement, Dancila added.

In related news, Georgescu argued a conference in favour of adopting the European single currency. This will bring people more wealth and will support sustainable economic recovery, he stated.

The central bank has constantly been cautious on euro adoption, stressing the need to first reach a certain degree of real convergence, including a GDP per capita of at least two-thirds of the Eurozone average. Premature euro adoption would generate major shocks and the deterioration of the standard of living, has been the central bank’s dominant rhetoric over the past years.

Among other EU member states from the Central and Southeast Europe regions, Slovakia, Slovenia and the three Baltic states have already adopted the European single currency.

Romania's neighbour Bulgaria has applied for membership in Exchange Rate Mechanism (ERM2) and the European banking union and hopes to get a green light in July 2019. The country meets the nominal criteria to adopt the European common currency, with its currency, the Bulgarian lev, pegged to the euro, low inflation and healthy public finances. However, the EU has demanded that Bulgaria also check its banking system due to suspicions that some locally-owned banks are not stable enough.

European Commission Vice President Valdis Dombrovskis said on January 8 that Bulgaria can join the eurozone in 2022 if the country gets the green light to enter the ERM2 later this year.

Meanwhile, the Croatian government has announced plans to join the ERM II in 2020 as a step towards joining the eurozone. The exchange rate at which Croatia will enter the ERM II is expected to be known this year, central bank governor Boris Vujcic indicated in November.