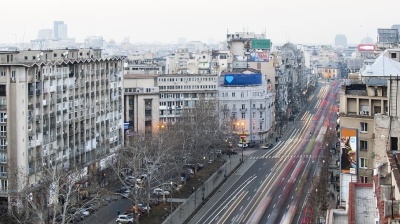 Romania tapped the markets on January 21, taking €3bn in its first bond issues on foreign markets in 2020. At least the same amount will be raised later in the year.

The country issued two tranches, one with a maturity of 12 years and the other one for 30 years at spreads smaller than last year, amid strong demand from investors.

According to Ziarul Financiar daily, investors placed orders for €12bn worth of Romanian debt, more than four times as much as the Romanian state decided to borrow.

Romania has to borrow some RON86.9bn (€18.1bn) this year to finance its 3.6%-of-GDP budget deficit and refinance debt is reaching maturity, the finance ministry announced recently.

From the total estimated amount, the ministry wants to attract about €6bn from foreign financial markets by issuing Eurobonds, early repurchase operations and partial exchange of existing Eurobonds series, private placements, as well as by borrowing from international financial institutions.

The interest paid by Romania in the 12-year Eurobond may have been lower than last March, but it remains high by regional standards. Neighbouring Serbia, which is not investment grade, raised €1bn of 10-year Eurobonds last November at an average yield of 1.25%, down from 1.619% in June. Slovenia, which has a better rating from major agencies than Romania, paid only 0.275% yield for the same 10-year maturity.

On the upside, the pricing of Romanian debt has not deteriorated after the political turmoil and the unveiling of the significant budget deficit hidden by the past government. The wide deficits in 2019-2020 (4.4% last year followed by 3.6% targeted this year) were already priced in the yields before the change of government last November.

The clarity brought by the new government has improved investors’ confidence, but much more is needed in order to bring the yields down in line with peers with much more sustainable public finance indicators.

Speaking about the comparison with Serbia’s bond issue, after posting the first budget surplus since 2005 in 2017, Serbia continued this trend in 2018 and 2019. Serbia’s public debt is significantly higher than Romania’s (52% of GDP versus under 40% in Romania), but the trend is downward as opposed to Romania’s upward trend.