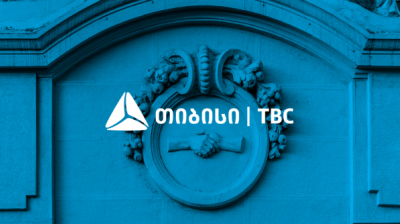 Uzbekistan is all the rage with foreign investors drawn to the Central Asian nation by a new reform-driven era launched by President Shavkat Mirziyoyev when he succeeded Islam Karimov in late 2016. TBC is on the point of securing a finalised banking licence that will enable it to become the first big name foreign universal bank to operate in the changed country, which under Karimov became a closed nation that very much shunned outsiders in banking and finance. TBC CFO Giorgi Shagidze spoke to bne IntelliNews about the bank’s plans for Uzbekistan. 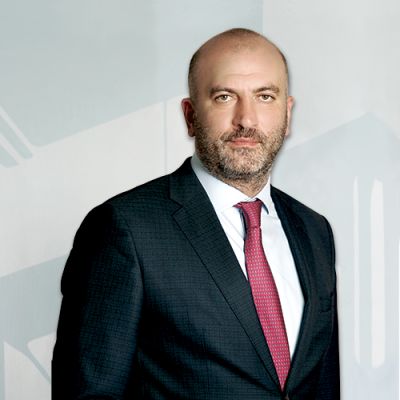 Where do things stand in Uzbekistan as regards moving from the preliminary licence to the actual licence? When do you expect to receive the licence to operate?
We expect to start operations during the summer.

How quickly can you move with the plan to get things set up in Uzbekistan?
The first year’s focus will be on Tashkent and then we will spread out to the regions. By the year’s end we will have around 20 branches.

Brick-and-mortar branches?
I’d describe them as next generation, smart self-service branches; I call them Apple-store-like branches. Their offering will be mainly digital. This is all going to be very much digital, but not in the sense of having something in the Cloud, but more in combination with smart branches that you walk into. There will be a smart digital presence with high visibility. Advising and consulting will be available for customers at the branches when they need it.

You are of course a London Stock Exchange-listed banking group. Has there been any impact on your share price from the Uzbekistan news? Do investors like the story so far?
Most of our shareholders do like the story about Uzbekistan and clearly they like the story about the country itself. They plainly see it going in the right direction, so this project is certainly very well received. In fact, in November we invited a few of our large shareholders to Uzbekistan and that itself was very well received. The Economist voting Uzbekistan its 2019 “Country of the year” and the good media coverage of the reforms in the country have been a help.

What major reasons persuade you that the Uzbekistan market is attractive?
This is a country with Central Asia’s largest population [standing at 33mn] and the population is growing fast. We like the reforms the country is embarking on and some of them resemble those in Georgia and so we are familiar with them. There are many cultural similarities between the two countries. Also, the banking market areas we are aiming at have low penetration. There is good potential.

Is it correct that your banking operation will focus on retail and micro, small and medium sized enterprise (MSME) customers in Uzbekistan? What kind of market share do you think you can build in these segments and how quickly?
Retail and MSME banking penetration in Uzbekistan is quite low, so we will be targeting those segments. We will not be targeting corporates as customers or wealth management clients. We will be leveraging our digital capabilities.

What track record do you have in digital?
Well, in Global Finance magazine’s Best Digital Bank 2019 Awards we won the Best in Consumer Mobile Banking global award. We rolled out our financial app Space in May 2018 and since then this neobank has attracted over 400,000 downloads within the Georgia market with a population of just four million. As a fintech company, working with Space, we’ve endeavoured to make banking simple, friendly and fun. In Georgia, we are the leading universal banking group and undoubtedly the digital market leader. We offer the only mobile loan banking in Georgia and we are also building our digital ecosystems in payments, e-commerce, housing and automobiles

Is there some danger the Mirziyoyev administration might lose its taste for rolling out reforms if there is a global downturn that might call for a certain ‘battening down of the hatches’?
We are taking a very long term view. We see momentum, we see a commitment from the administration. For us, the essential reforms are being done. The pipeline of reforms is also there.

How difficult is it going to be to establish a market presence in an economy hugely dominated by state-controlled banks?
As said we will not be targeting corporate clients. So we are going very much for MSME customers, down to supermicro. We will start with retail and then turn to MSME.

Do you think TBC’s presence on the market will spark local banks into life somewhat? Will they start investing to compete, coming up with new offers, innovative products in the way private banks do?
We do expect we will be playing a substantial role in digital banking products and clearly the competition is incentivising other players. We are seeing new initiatives among other banks in Uzbekistan and we expect it to continue. We always welcome good competition which together with us will create a good market.  There is enough space for good local and international banks and with better competition the better the market will be.

In December, you launched trial operations in point-of-sale consumer financing in Uzbekistan, with the financing of consumer products primarily in electronics and furniture the main objective. How is that going?
It’s a very small trial for now. Potential in Uzbekistan is presently better gauged through our recently acquired subsidiary Payme, the leading payment platform company in Uzbekistan. It already serves around 1.8mn customers. That represents quite large growth. When we took our 51% stake in Payme in April 2019, it had around 1.3mn customers. So that’s very successful.

And for the banking operation, you are also taking a 51% stake?
We’ll have 51%, while EBRD [the European Bank for Reconstruction and Development] and the World Bank’s IFC [International Financial Corporation] have expressed interest in having 20% each and the local partner, the Uzbek-Oman Investment Company, should have 9%. The initial investment will amount to $40mn, but it’s early days.

DATACRUNCH: the bne car ownership/age index
10 hours ago
Money laundering pushes up property prices in Western Balkan cities
1 day ago
LONG READ: The first thing the emerging middle classes of New Europe do is buy a better car
2 days ago
Russia’s oil and gas reserves will last for another 59 and 103 years respectively, says natural resources minister
2 days ago
Mongolia’s apocalyptic sandstorms
4 days ago