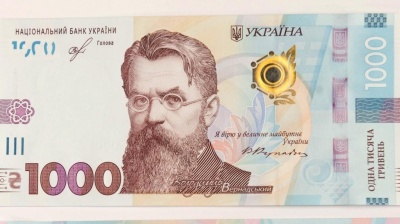 Remittances between the EU and Ukraine worth $17bn fell by some 10% in 2022, but are expected grow by 5% by the end of this year / bne IntelliNews
By bne IntelliNews January 3, 2023

Remittances between the EU and Ukraine will expand in 2023, after declining by between 5% and 10% in 2022, according to money transfer system Tempo France.

The total volume of remittances to Ukraine exceeded $17bn last year, with money sent from the EU accounting for over 40% of the total.

The fall in transfers between the EU and Ukraine will decline by another 5% in the first quarter of this year, according to the company, but then be followed by a pick-up in the spring, and eventually volumes will expand by 5% for the full year compared to 2022.

The decline in remittances in 2022 was due to both the war with Russia leading to a decrease in the number of potential recipients in Ukraine and weakened economic activity in the EU.

Poland dominates as the origin of money sent to Ukraine, accounting for 30% of remittances, more than all the other EU countries combined.

There are over 3.4mn Ukrainians now living in Poland, up from an estimated 2mn before the war, and the country has issued over 1.3 resident permits to new Ukrainian nationals throughout 2022.

In 2022, the average remittance cheque from Poland to Ukraine slipped from €175 in January to €140 in December, which Tempo France attributes to increasingly difficult conditions for expat Ukrainians sending money home.

In 2023, Tempo expects many Ukrainians to return home and positive European economic trends that will lead to approximately 5% growth per annum in both the EU-Ukraine and Poland-Ukraine money transfer corridors.

Service providers eliminated tariffs in 2022 to make transfers more affordable. In 2023, competition in the corridor is anticipated to increase and companies will offer new technological solutions and convenience to attract clients, Tempo France has already implemented a mobile app that can convert Polish zlotys directly to Ukrainian hryvnias, whereas previously users had to convert to euros first before converting into either of the two national currencies.

Tempo has also integrated its app into the Stellar blockchain to improve transparency and the speed of the transaction, and reduce costs to a minimum.

The company said that if the situation in Ukraine stabilises by the end of 2023, money transfer volumes between the EU to Ukraine could grow from 15% to 20% in 2024.

bneGREEN: Most growth in power generation by 2050 will be solar and wind – BP
Russian gas pipe flow dips to record low in January
Only Hungary and Russia heading for recession in 2023 as Emerging Europe shows its resilience