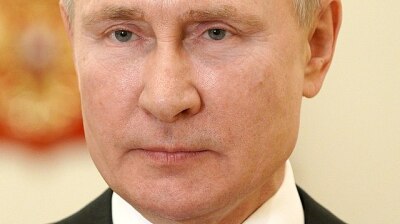 "Western colleagues did not fulfil their respective oral obligations," said Putin and reiterated that Russia sees threats in Nato exercises near its borders and has complained that the US is arming Ukraine with more weapons.

Putin’s proposal has been made as reports have come from Ukraine that Kyiv had moved 125,000 troops up to the contact line in Donbas, about half its active servicemen. Putin had earlier said that Moscow was concerned that Ukraine’s government would attempt to retake the Donbas region by force.

Moscow has been calling for a new post-Cold War security deal with the West since 2008, when then-president Dmitry Medvedev offer the EU a framework deal during his first foreign trip. The proposal was dismissed out of hand.

Putin brought the issue up again during a big foreign policy speech where he ordered Russian diplomats to get a new security deal with the West to govern Nato’s actions in countries neighbouring Russia.

On December 1 Putin followed up with the proposal to launch negotiations during a ceremony to swear in new ambassadors.

According to him, Russia intends to seek "reliable and long-term security guarantees" and in negotiations with the United States and its allies will "insist on the elaboration of specific agreements, excluding any Nato advance to the east,” Putin told the ambassadors. Putin stressed that it is precisely the legal guarantees that Moscow needs, because the Western countries have not fulfilled their oral obligations.

“Everyone is aware of the oral assurances given that Nato will not expand eastward,” Putin said, but according to him, everything was done exactly the opposite. The president stressed that "legitimate Russian security concerns" were ignored and are still being ignored.

Putin was referring to promises made to Mikhail Gorbachev during talks on the reunification of Germany, where recently declassified documents show that a dozen top European promised him Nato would not expand eastward. However, nothing was ever put in writing and the West later broke its promise, something that Putin has been complaining about since he first brought it up during a famous speech at the Munich Security Conference in 2007.

Now tensions on the western borders of Russia are growing again. "It is enough to see how close the military infrastructure of the North Atlantic Alliance has moved to the Russian borders," he said.

In response, the president said, the Russian side is taking adequate military-technical measures. “But, I repeat, it’s not we who threaten someone, and blaming us for this – taking into account the real state of affairs, that is, shifting the blame, as we say, from a sore head to a healthy one, is at least irresponsible,” he said.

On November 30, Nato Secretary-General Jens Stoltenberg said that the foreign ministers of the Nato member countries had discussed possible economic sanctions and political measures against Russia during a summit in Riga in the event of "aggression in Ukraine."

According to him, the summit participants discussed the situation on the Russian-Ukrainian border and made it clear that "aggressive actions will not go unnoticed." Stoltenberg called on Russia to "show transparency and stop escalation."

Tension spiked even higher at the end of December 1 after the Russian Foreign Ministry official Maria Zakharova announced that Kyiv had sent 125,000 servicemen to the Donbas – half of the personnel of the Ukrainian army.

“The Armed Forces of Ukraine are building up their military strength, pulling together heavy equipment and personnel. According to some reports, the number of Ukrainian troops in the conflict zone has already reached 125,000 people. This, if anyone does not know, is half of the entire composition of the Armed Forces of Ukraine,” Zakharova said at a briefing, which was broadcast on the website of the Foreign Ministry.

She repeated the Kremlin line that Kyiv “de facto does not want to peacefully solve the problem of Donbas,” and has caused Russia “serious concern.”