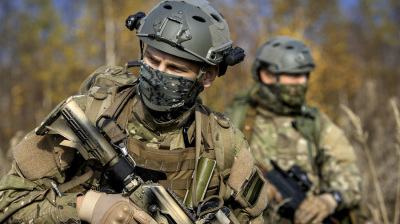 A Bulgarian security expert has claimed that Russian billionaire Konstantin Malofeev, a close ally of Russian President Vladimir Putin, was involved in a coup plot uncovered in Montenegro in 2016.

Christo Grozev, an expert on Russia-related security threats at the Sofia-based Risk Management Lab, also claimed that the Russian Institute of Strategic Studies, an advisory body to President Putin, was involved in planning the coup attempt, RTCG reported on March 2.

If proven, this would connect Russia directly to the plot, which has destabilised Montenegro’s political life since the October 16 general election.

On the night of October 15, Montenegrin police arrested 20 Serbian paramilitaries suspected of planning to disrupt the election. Many of them agreed to testify in exchange for shorter jail sentences. Montenegrin prosecutors later said that several Russians linked to the security services in Moscow were involved in the plot.

Earlier this year, British security officials also alleged that Russia was behind a plot to assassinate Montenegro’s then Prime Minister Milo Djukanovic and help a pro-Russian opposition party take power ahead of the October 16 general election, sources told the Daily Telegraph newspaper.

“Shortly before the October election, Russian special forces, Spetsnaz, arrived in Banja Luka [the administrative centre of Bosnia & Herzegovina’s Serb-dominated Republika Srpska] disguised as a Cossack folk band and led personally by Konstantin Malofeev. One of the organisers of the events in Montenegro, from the Serbian side, was also in Banja Luka at this time. I believe that these forces were used for recruitment of teams and for the later events in Montenegro,” RTCG quoted Grozev as saying in the daily Pobjeda newspaper.

An attempt by bne IntelliNews to contact Malofeev via his Tsargrad group for comment was unsuccessful on March 3.

Malofeev has previously been reported to be active in the Balkans. Last year, he was mentioned as potential buyer of Serbia’s national broadcaster and other media and advertising agencies in Serbia. There was speculation this was aimed at increasing the influence of pro-Russian media in the country, though it is not clear whether the Russian businessman has made any acquisitions in Serbia.

Grozev, who made the accusation, specialises in analysing threats from Russia as a senior analyst with Risk Management Lab, which is run by Bulgaria’s former Prime Minister Ivan Kostov.

RTCG reported that Russia is reviewing Montenegro’s request for assistance in the investigation of the coup plot. “Russia’s state prosecution at the moment is reviewing, according to its procedure, a request by the respective authorities in Montenegro to provide legal assistance,” the broadcaster quoted the prosecution as saying in a statement to RIA Novosti.

According to Grozev, Malofeev has been involved with Russian politics concerning Montenegro since 2014, when Moscow decided to focus on the Balkans, and he suggested that the Kremlin was behind the coup plot.

“Everything is being done as a private initiative so that Russia cannot say it has been initiated by the government in case the plan fails. If it succeeds, as in Crimea for example, then they will take full credit and responsibility. We think that the same people who created the Crimean scenario, played a big role in the events in Montenegro,” Grozev claimed.

The analyst also alleged that the Russian Institute of Strategic Studies had prepared the scenario for the coup at the beginning of 2016.

“We have information that in September last year, when [one of the main participants and now a key witness for Montenegro’s prosecution] Sasa [Aleksandar] Sindjelic was in Moscow, people from the Russian institute asked him for information on who in Serbia could be potential extremists. They were given several names, including those of members of the Montenegrin pro-Russian parties and a leader of the Serbian Chetnik group,” Grozev said.

The institute is a Kremlin-funded think-thank, established by Putin. It prepares policy papers for Putin, the government, the State Duma and the Security Council. According to the institute’s website, it deals with issues of national security, analyses and predicts trends in political and socio-economic processes at global and regional levels and is engaged with strategic stability and resolving crises that threaten global and regional stability.

Montenegrin media have reported that the special prosecution has gathered evidence and witness testimonies claiming that two leaders of the opposition pro-Russian Democratic Front (DF) - Andrija Mandic and Milan Knezevic - agreed to stage protests in front of the parliament building on the eve of the October 16 general election and to provoke clashes with the aim of entering the building and declaring victory in the election. Mandic and Knezevic were stripped of their parliamentary immunity in February but prosecutors have so far decided not to arrest them.