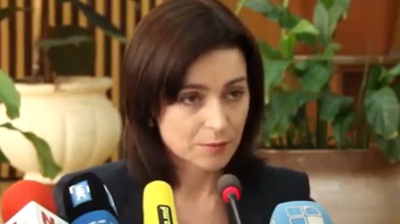 Moldovans will vote on November 1 in the first round of the presidential election that will most likely set up a runoff between incumbent President Igor Dodon and his pro-EU challenger Maia Sandu on November 15.

The absence of fugitive businessman and political leader Vlad Plahotniuc is another favourable circumstance for Sandu, as Dodon can no longer play the role of the most relevant rival of the oligarch.

Another circumstance favourable to Sandu is the fact that this time around her presidential candidacy doesn’t follow a struggle among the pro-EU parties to unite behind a single candidate. Andrei Nastase, the other relevant pro-EU candidate, is also running. The fight between the two ahead of the 2016 presidential election was rather detrimental to the overall result for Sandu. This time, Nastase’s voters are more likely to show up in the second round and support Sandu.

This means the pro-EU parties, having controlled the parliament and the government for a decade from 2009 to 2019, are now closer than ever to winning a presidential election for the first time. The economic decline and the pro-Russian Socialists’ failure to support the economy during the coronavirus crisis, added to the justice system’s failure in prosecuting those responsible for the frauds in the banking system, benefit the new pro-EU parties, particularly Sandu’s Action and Solidarity (PAS). Should she win the presidential election, the pro-EU parties could go on to call an early general election and gain the control in parliament as well.

However, the other, equally likely, scenario is a tightening of the pro-Russian rule under Dodon and his Socialist party. Dodon has already said he wants early elections if he wins another term. His support from the Russian authorities has strengthened after he delivered results more or less on his own in previous elections: he defeated Sandu in 2016 and installed his government last year.

In response, Russian officials expressed open support for Dodon ahead of this presidential election.

They include Russia’s President Vladimir Putin, who argued in favour of Dodon, claiming that Moldova needs Russia economically as most of it’s products aren’t good enough for the European market.

“[W]ho buys the Moldovan wine?" Does anyone in France buy Moldovan wine?” the Russian president said, quoted by Tass, commenting on Moldova’s most famous export. "Other branches of the economy are so dependent on Russia that they simply cannot exist. So far, in any case, this production is not demanded anywhere but on the Russian market.”

Other Russian officials commented on a political note, accusing the US of preparing a Belarus-like scenario to overthrow Dodon.

Sandu, although not the sole candidate of the pro-EU opposition, is closer to defeating Dodon than she was four years ago, when she lost by a narrow margin. But the final outcome of the process remains uncertain as the Socialist Party controlled by the president still holds a tight grip on the local administration and hence to a large extent influences the electoral process. The pro-Russian voters in separatist Transnistria, for instance, will particularly be encouraged to attend the poll.

While Dodon’s leading position in the first round is broadly expected, no poll suggests he could win from the first round by getting more than half of the votes. The second round is scheduled for November 15.