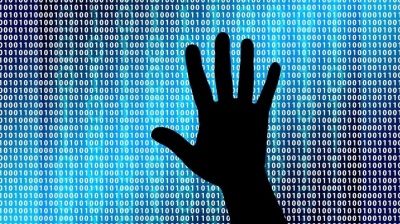 Hacktivists targeting the Belarusian state as part of the cyberwar against the invasion of Ukraine are getting under the skin of authoritarian leader Aleksandr Lukashenko.

The recent spate of cyberattacks by the anti-Lukashenko and anti-Putin activist group the Belarusian Cyber-Partisans (BCP) are breaking new grounds for cyberwarfare.

Earlier this month, they targeted Belarus’ train network to stop the movement of Russian military echelons carrying equipment and ammunition in Belarus via “cyberattacks and rail sabotage activities on the ground”.

As a result, Lukashenko has officially warned of the dangers of cyberattacks, saying they pose even more of a threat than nuclear weapons.

“We all tremble at nuclear weapons, but cyberweapons are even more terrifying,” the Belarusian leader said in an interview. “They are hard to detect. But most importantly, we are not ready to be afraid of cybercrimes and cyberweapons.”

The BCP saw this as a sign of their success and their influence in the war against Lukashenko and Russian President Vladimir Putin.

“The clown [Lukashenko] is once again complaining that he can't do anything about our attacks,” the group posted to Telegram, “which means we're on the right track and continue to shake up the regime until our overall victory,”

The Belarusian hacktivists announced the formation of a special unit "Tactical group of Belarus", alongside other hacker groups on February 24 as a result of Russia’s invasion of Ukraine. The unit works together with Ukrainian volunteers in the operational subordination of the Armed Forces of Ukraine.

“Ukrainians and Belarusians have a common enemy – Putin, Kremlin, the imperial regime,” the spokesperson for the group tweeted.

Cyberwarfare is a key component of the Russo-Ukrainian war and has unified hackers across the world.

Hacker group Anonymous has garnered a lot of attention for its cyberattacks against the Russian state after officially declaring war on the Kremlin last month.

Its attacks include a major leak of private data from the Ministry of Defence, and hacking into Russian streaming services Wink and Ivi, and “all Russian state TV channels” to broadcast footage of the destruction of Ukraine.