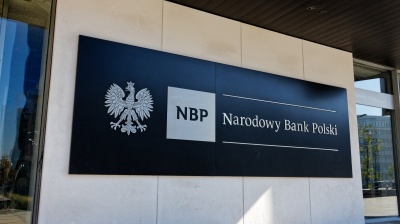 The three monetary policy critics were all appointed by the Senate in which the opposition has a majority. / bne IntelliNews
By Wojciech Kosc in Warsaw October 11, 2022

Governor of the National Bank of Poland (NBP) Adam Glapinski along with four members of the NBP’s rate-setting body threatened legal action against three other members of the same body on October 11 for their allegedly too critical statements in the media.

Ludwik Kotecki, Przemyslaw Litwiniuk, and Joanna Tyrowicz all spoke in the media and on social media over the past few days about what they thought was wrong with the NBP’s Monetary Policy Council (RPP) – the rate-setting body in question – and its policy to tackle Poland’s rampant inflation.

“We do not accept and express our extreme disapproval of actions which, in our opinion, may constitute a violation of the [laws governing NBP’s work], therefore, we consider it justified to consider sending a notification of a suspected crime in this case," Glapinski and four other members of the RPP said in a statement.

The statement did not mention anyone by name but the lack of signatures from Kotecki, Litwiniuk, and Tyrowicz strongly hinted at who the addressees were.

Tyrowicz went as far on October 9 as to publish her own annotated version of RPP’s most recent communiqué on LinkedIn under the heading “I fixed it for you.”

In her text, Tyrowicz alleged that the RPP “did not make necessary steps” to ensure Poland’s macroeconomic and financial stability, including limiting the risk of sustained high inflation.

Tyrowicz also dismissed the official communique’s explanation that high inflation was due to high prices of energy and agricultural commodities.

“We don’t know where inflation comes from because since 2019 we have not been carrying out analyses of price mechanisms,” Tyrowicz wrote.

Inflation in Poland is likely demand-driven and not due to expensive energy, she told news portal gazeta.pl on October 11.

The critical members were all appointed by the Senate in which the opposition has a majority.

All three say that the central bank should resume monetary tightening or face sustained high inflation that will not fall to the NBP’s target of 2.5% before the end of 2024.

The RPP paused its tightening cycle last week, keeping the central bank’s reference interest rate unchanged at 6.75% despite an inflation surge to 17.2% y/y in September.

“Maintaining negative real interest rates seems deeply inappropriate and [is an] inexplicable wait for a miracle,” Kotecki said in an interview for Business Insider Polska on October 10.

The Polish zloty weakened slightly against the US dollar and the euro on October 11 in immediate reaction to the news of a conflict brewing inside the RPP but strengthened towards the end of the day.