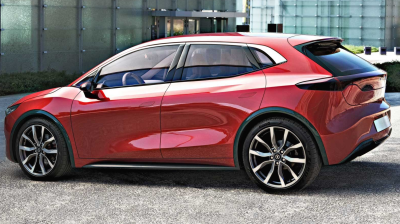 The Izera will be the first EMP model. / bne IntelliNews
By Wojciech Kosc in Warsaw November 18, 2022

EMP plans to develop multiple electric models for its Izera car using Geely Holding’s Sustainable Experience Architecture (SEA) modular platform, with the first model of the car confirmed as a compact SUV. EMP intends to build its first vehicles based on the SEA architecture at its fully owned and operated manufacturing plants at Jaworzno in southern Poland.

The agreement is a key element in Poland's drive to be part of the electric vehicle revolution, where it is currently lagging behind its Central European neighbours such as Slovakia, Czechia and Hungary. The ambition is to put Poland on the map of genuine carmaking countries, not just assemblers of foreign brands – in which Poland is one of the European majors.

"Poland plays an important role in the European automotive industry and I am convinced that this agreement will enable a faster transition to electric driving, creating wider economic opportunities in the field of electromobility," said Daniel Donghui Li, chief executive of Geely Holding Group.

EMP is driving Poland’s effort to develop a domestically designed and manufactured electric vehicle. Poland had ambitious plans for growing the number of EVs on its roads to one million by 2025, Prime Minister Mateusz Morawiecki pledged in 2016. While the country is nowhere near that goal, the domestic production of a “reasonably-priced vehicle for an average Pole” – says the government – could boost the number of EV users in the late 2020s.

Developed by Geely Holding through its global R&D centres in Europe and China, SEA is a purpose-built pure electric vehicle architecture that is highly scalable, from A-segment small vehicles to E-segment and larger commercial vehicles. This is the first use of the modular platform outside the Geely group.

“The agreement represents a significant expansion of the SEA architecture, launched by Geely Holding in September 2020 to be the most flexible and advanced pure electric architecture covering leading hardware, comprehensive software and a wider digital ecosystem,” the Chinese company said in a statement.