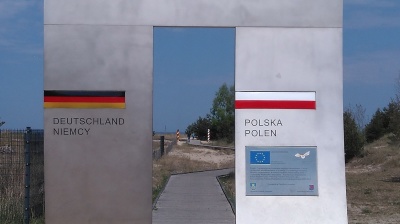 On March 9, the government introduced sanitary checks on four road border crossings with Germany and one with the Czech Republic.
By Wojciech Kosc in Warsaw March 9, 2020

Poland confirmed its 17th case of coronavirus infection on March 9 amidst an emerging consensus on the epidemic’s considerable impact on economic growth in 2020.

The number of cases grew by six compared to the previous day, with the ministry expecting a “very rapid rise” in the coming days. The government has introduced a number of preventive measures to help contain the spread of the highly contagious virus, its impact now widely expected to hit the Polish economy hard.

Poland’s GDP growth will come in at just 1.6% in 2020, according to a forecast by mBank. That is a revision by as much as 1.2pp versus the bank’s previous prediction.

“Covid-19 [the formal name of the coronavirus infection], [possible] recession in the Eurozone and in the US – that is one shock too many for Poland’s economy,” mBank's macroeconomic research team wrote on Twitter.

Other lenders are in the process of quantifying the impact of the infections and are expected to publish revised forecasts this week.

The National Bank of Poland also warned of the negative impact of the epidemic via it slowing down world trade and worsening sentiment of businesses.

Poland’s Prime Minister Mateusz Morawiecki admitted the spread of coronavirus will have an impact on the economy. He said containing the spread of the virus is top priority. On March 9, the government introduced sanitary checks on four road border crossings with Germany and one with the Czech Republic.

Checks will be gradually expanded to more border crossings, including railway crossings, as well as ports.

“We know that coronavirus is spreading fast and its nature is unknown, so we must limit all sources of inflow to Poland,” Morawiecki told the media.

The government also appealed to organisers of mass indoor events of more than 1,000 people to cancel or postpone them. Some major events have already been cancelled or could be disrupted, such as the world-renowned Chopin Competition in October, its organisers having suspended ticket sales.

The International Ice Hockey Federation cancelled six world championship tournaments in March and April, including the women’s U18 (under 18) event in Katowice.