OPEC+ cuts deep into global supply, but not deep enough 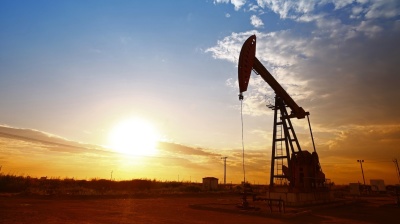 OPEC and its allies have agreed a 9.7mn barrels per day cut in production, or just under 10% of global production, but with demand down by a third analysts say its is not enough to lift prices / wiki
By bne IntelliNews April 13, 2020

What: The OPEC+ group is set to cut global oil production by 10% to support prices.

Why: The COVID-19 crisis has caused unprecedented oil demand destruction.

What next? The lack of support from other producers could cause the pact to collapse.

OPEC and its allies have finalised an historic deal to take 9.7mn barrels per day (bpd) of oil supply off the market – just under 10% of global production – to help the industry through its worst crisis in a century.

Following emergency talks on April 9, the group originally proposed a greater reduction of 10mn bpd, but Mexico dragged its heels in committing to its share of the cuts. The deadlock was ended during a second round of talks on April 12. Under the new agreement, Mexico will remove only 100,000 bpd of supply, instead of the 400,000 bpd it had initially been asked to cut.

While OPEC+'s reduction will ease the unprecedented supply glut caused by the coronavirus (COVID-19) pandemic, critics say it goes nowhere near far enough. Russia and Saudi Arabia have called on the US and other producers not party to the deal to cut global output by a further 5%. But they are yet to secure any firm promises on this score.

OPEC and its allies in the larger OPEC+ group met for emergency talks via video link on April 9, to discuss a response to the COVID-19 crisis. Ahead of the negotiations, the oil cartel’s secretary general, Mohammed Barkindo, warned that the industry faced a “horrifying” outlook.

“COVID-19 is an unseen beast that seems to be impacting everything in its path,” he said in opening markets, noting that no areas of the economy were unaffected by the pandemic.

“For the oil market, it has completely up-ended market supply and demand fundamentals since we last met on March 6,” he said. “Even in the first week of March the outlook looked relatively bleak, but in just over one month it has changed beyond all recognition. The supply and demand fundamentals are horrifying; the expected excess supply volumes on the market, particularly in Q2 2020, are beyond anything we have seen before.”

The industry is “haemorrhaging,” he warned, and “no one has been able to stem the bleeding.”

The result of these talks was a declaration of co-operation, envisaging a 10mn bpd reduction to supply in May and June. This was lowered to 9.7mn bpd, to accommodate Mexico's smaller quota.

The cuts will be borne by OPEC’s members and OPEC+ producers Russia, Mexico, Kazakhstan, Oman, Azerbaijan, Malaysia, Bahrain, Sudan, South Sudan and Brunei. Between July and December 2020, the cuts will be eased to 7.7mn bpd, and then to 5.8mn bpd between January 2021 and April 2022.

Each participating country will use their output in October 2018 as a baseline for the cuts, save for Russia and Saudi Arabia, which will both use 11mn bpd as their baseline. According to OPEC+ documents, each country will reduce their baseline production by 23%. For Russia and Saudi Arabia, this means maintaining their respective outputs at around 8.5mn bpd in May and June. Russian production averaged 11.3mn bpd in March, while Saudi Arabia claimed to have ramped up supply to 12mn bpd at the start of this month.

Oil prices slid after the OPEC+ deal was announced, signalling markets’ disappointment with the proposed cut. Earlier Reuters and others cited sources as saying that the group had discussed scaling back supply by as much as 20mn bpd.

Global fuel demand has dropped by around 30mn bpd, as efforts to slow the spread of the COVID-19 pandemic have led to grounded planes, drastic cuts in vehicle use and reduced economic activity.

“The proposed 10mn bpd cut by OPEC+ for May and June will keep the world from physically testing the limits of storage capacity and save prices from falling into a deep abyss, but it will still not restore the desired market balance,” Rystad Energy said in a research note.

The Norwegian consultancy estimates the demand-supply imbalance at 27.4mn bpd in April – a glut which is physically impossible for the market to absorb. Global storage is already 79% full, according to Rystad, meaning that only around 1.5bn barrels of capacity is still available. And not all markets have equal access to this remaining storage, which is mostly located in China and the US.

What the OPEC+ deal does is buy time, for fuel demand to recover, storage operators to overcome constraints and potentially expand their capacity, and other producers to make necessary cutbacks to stay afloat.

The US – concerned about the impact of low oil prices on its indebted shale oil industry – indicated it would help Mexico meet its quota by reducing its own output by 250,000 bpd. This may have helped break the deadlock, although Washington has not said whether it will impose cuts on US producers to achieve this, beyond those they have already made for commercial reasons.

The main risk to the OPEC+ deal is the absence of any other countries outside the group making firm pledges to cut their production. Saudi Arabia and Russia previously said they wanted non OPEC+ producers to take another 5% of global supply offline to support the industry. G20 energy ministers meeting on April 10 agreed to work together to ensure oil price stability, but did not announce any specific commitments.

OPEC+ sources told Reuters that Brazil, Canada, Indonesia, Norway and the US would contribute a further 4-5mn b/d to the cuts. But the countries have not confirmed making any promises. In any case, these will be unchecked voluntary cuts, likely guided by commercial considerations.

"Even though OPEC+ has decided to attempt to bail out the global oil market, the group has unfortunately only come up with half of the ransom money," Rystad said. "We believe the market’s disappointment will reflect in prices already from April due the lack of size and the speed of the supply removal."

Moscow and Riyadh are particularly anxious to see the US, the world’s number one producer which extracted around 12mn bpd last year, join the pact. The US Energy Department (DoE) said last week that US oil firms were expected to temporarily scale back production by almost 2mn bpd anyway, because of cost-cutting measures. But without legal restrictions, these same firms could simply increase flows again once prices recover.

There are some US officials calling for a legislative response, include Ryan Sitton, head of the Texas Railroad Commission that serves as the state's energy regulator. The Republican politician urged the US on April 8 to cut at least 4mn bpd of supply within the next three months to avoid storage running out.

Texas accounts for more than 40% of US national oil production. While antitrust laws prevent US producers from co-ordinating supply, the state could in theory legislate to cap output. Even so, this would leave authorities at risk of being sued by operators claiming losses as a result of the restrictions.

The US would also have to impose a cut unilaterally rather than through an explicit agreement with other producers, to ward off accusations of collusion. Such anti-competitive activity is banned by the Organisation for Economic Co-operation and Development (OECD), of which the US is a member.

Norway, another OECD member, has in a similar vein said it would consider a unilateral cut to production if OPEC+’s deal comes into force. The country, which lifted 1.75mn bpd of crude in February, was among seven to attend the group’s talks last week as an observer. The others were Argentina, Colombia, Ecuador, Egypt, Indonesia and Trinidad & Tobago.

Unilateral cuts would, of course, help tighten the market. But as non-OPEC+ countries will not be party to a formal agreement committing them to quotas, they will be able to ramp production back up when it suits them. This is likely to sow distrust among OPEC+ members, especially those pledging the biggest reductions: Saudi Arabia and Russia.

A chief cause behind the collapse of OPEC+’s previous production pact in early March was growing frustration among the group that other producers were profiting from their actions by raising their own supply. Those same anxieties could re-emerge and derail the pact, plunging the industry once more into chaos. Either the deal could fall through, or OPEC+ members could simply flout their commitments. 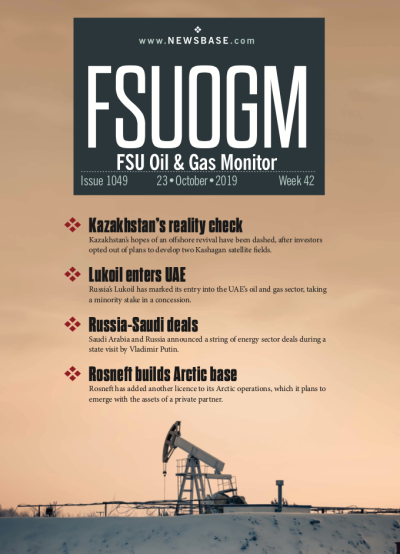