Online piracy on the rise again in Russia in lockdown 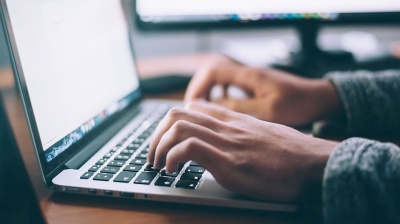 The Russian market of pirated online content is growing due to the activity of illegal online casinos and bookmakers, The Bell reports on July 23 citing the study of Group-IB cyber security experts.

As reported by bne IntelliNews, Russia used to be the world's second-largest market for pirated content, but the illegal market was purged in 2019 as legitimate online streaming services started gaining speed.

In 2019 the pirated content was axed by 25% to $63.5mn due to the closure of the largest illegal content platforms. However, as the coronavirus (COVID-19) lockdown increased the demand for online entertainment, a second wave of pirated content aggregators emerged, Group-IB notes.

They mostly operate as illegal online cinemas and sports streaming platforms, and are financed by illegal online casinos (such as Welcome Partners and Lucky Partners) and bookmakers (1xBet, Melbet, Parimatch, Linebet, Orca88, Bwin and others).

Over 80% of all pirated content in the CIS featured advertising of illegal online gambling. 1xBet alone is estimated to have financed dubbing over 900 pirated series and films into Russian since 2015, with the monthly investment in illegal content estimated at up to RUB0.5mn.

Most of the online casinos are allegedly based in Ukraine, but are using Russian banks to monetise their operations.

Group-IB also notes that Russian internet piracy is expanding to other markets where command of English is rather low, such as as Latin America (notably Brazil), India and Thailand.

Russian e-commerce turnover up 1.5-fold in 1H22
4 days ago
Home of the humbled lira, Turkey’s the biggest cryptocurrency market in the Middle East
4 days ago
Business Insider: Western tech majors have tested or used controversial Russian face recognition technology
10 days ago
From 4G to 6G: How Russia seeks to develop mobile networks amid shortages of domestic frequency and foreign equipment
10 days ago
Should I stay or go for founder of Russian internet major Yandex
14 days ago