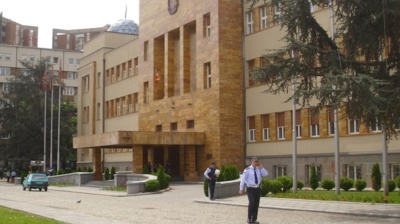 By Valentina Dimitrievska in Skopje August 9, 2020

North Macedonia’s ruling Social Democrats, SDSM, and the Democratic Union for Integration (DUI) are close to reaching an agreement on forming a new government, local media reported on August 9.

The ruling SDSM gained a slim victory in the July 15 snap general elections, with two more seats than the opposition conservative VMRO-DPMNE (46 versus 44). The biggest ethnic Albanian party, the DUI, won 15 seats in the 120-seat parliament  It says it wants the next prime minister to be an ethnic Albanian and has proposed former politician Naser Ziberi as its candidate.

Broadcaster Alsat reported citing its sources that the meetings between SDSM and DUI will intensify as of August 10 and by the middle of the week there will be a preliminary agreement on the new cabinet.

SDSM said on August 9 that the party is continuing the “serious talks” on forming a stable parliamentary majority and a coalition government with a four-year, stable mandate.

“In the talks with DUI, we fully agree on respecting the Prespa Agreement with Greece, the Friendship Treaty with Bulgaria and the Ohrid Agreement,” the SDSM said in the statement.

“We are committed to social cohesion, a strong and tolerant society, the rule of law and we agree to oppose all forms of nationalism,” the party added.

VMRO-DPMNE also claimed it will manage to form the new cabinet following the elections.

VMRO-DPMNE representatives said that they are in contact with all political parties, without giving details about possible meetings.

President Stevo Pendarovski is obliged within 10 days of the constitution of the parliament to entrust the mandate for PM to a candidate of the party that has a majority in parliament.

The prime minister-designate should submit a programme and a proposal for the composition of the government to the parliament within 20 days from the day of entrusting the mandate.