Nominee for Czech environment minister caught up in police raid 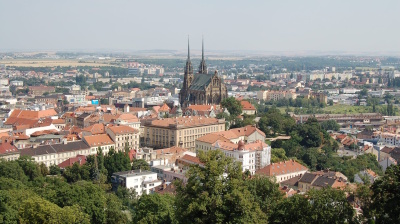 The snowballing scandal in Brno is a severe embarrassment for the government, which came into power after October 2021's general election pledging to tackle corruption. / Norbert Aepli
By Albin Sybera October 19, 2022

Police on October 18 searched Hladik's office and called him in for questioning. “Police also asked me to come for questioning, which I am of course ready to do”, Hladik said in a media statement posted on his Twitter profile. The Christian Democrat politician denies any wrongdoing.

The snowballing scandal in Brno is a severe embarrassment for the government, which came into power after October 2021's general election pledging to tackle corruption as well as the conflicts of interest that surrounded former premier Andrej Babis, who was accused of allegedly using the state to favour his agro-chemical holding Agrofert. Babis is currently on trial for EU subsidy fraud.

The five-party centre-right government has already been rocked by another local government corruption scandal in Prague, where the centre-right STAN party is under investigation over a kickback racket at the public transport company. That scandal has already forced the resignation of Petr Gazdik as education minister, who  denies any wrongdoing.

Local government corruption remains one of the country's most persistent problems, and contributes to the country's poor ranking in Transparency International's Global Corruption Perception Index. At  54 points, Czechia is well below the EU average in the 2021 index of 66.

The unfolding corruption scandal in the Moravian capital involves politicians for several parties and allegations of machinations with municipal property. The scandal has been gathering momentum for several years after police uncovered suspected illegal activity while they were using wiretaps to investigate another local high-profile political corruption case. This case  involves the son of Jaroslav Faltynek, who is the right-hand man of Babis, having worked at Agrofert as CEO before becoming a top politician at the populist billionaire's ANO party.

The Brno scandal has also entangled Justice Minister Petr Blazek of the ruling rightwing ODS party. Blazek, a close ally of Prime Minister Petr Fiala and a key ODS powerbroker, has admitted that he was questioned by police over his involvement  in the affair.

There was another round of raids in Brno two weeks ago which targeted Blazek’s ODS party collaborator Otakar Bradac. Czech online outlet Aktualne.cz, which has been following the Brno investigations for several years, has written that  Blazek is also on the list of police suspects.

Critics warned Fiala not to appoint Blazek as justice minister because of the scandals surrounding him but Fiala ignored them. Blazek denies any wrongoing.

Blazek has also been accused of interfering with judicial appointments in Moravia for personal reasons, both of judges and prosecutors.

Marian Jurecka, labour minister and leader of the Christian Democrats, told Czech media that Hladik does not insist on his nomination to take over the environment ministry, which has become vacant as Anna Hubackova announced her resignation due to a serious illness.

The Christian Democrats' national party congress is to discuss on October 20 whether Hladik will remain their ministerial candidate or will be replaced by somebody else.

In the latest raid on October 18, police detained 10 people, searched the Brno municipal offices, as well as private and public companies and apartments. Olomouc public prosecution office confirmed it is overseeing the raids, which are part of investigations into privatisation of municipal apartments and subsidy embezzlement in the Brno municipality. Some of the suspected crimes include bribing of officials and organised criminal activity.

In reaction to the raids, the liberal Pirate Party – also part of the national governing coalition – left the Brno grand coalition which is being put together after the municipal elections last month.