New law to allow Romania’s “port oligarchs” to cash in 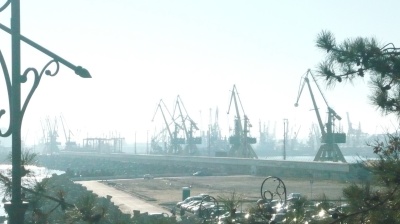 A draft law currently being considered in Romania would set fees to lease land and infrastructure at Black Sea and Danube ports at extremely low levels for the next decade, allowing private port operators to make tens of millions of euros in profit at the expense of the state, industry insiders claim.

The low rents charged have already resulted in a lack of competition and a low level of infrastructure development at Romania’s ports including the largest, Constanta. Allowing this to continue would most likely see some shipping companies opt for alternative ports with better facilities on the Black Sea and eastern Mediterranean in countries such as Bulgaria, Croatia and Slovenia.

The new law, proposed by a group of MPs and already approved by the senate, would allow the wealthy businesspeople who took over most of Romania’s port operators back in the early days of transition to continue to profit by fixing rents on port land and infrastructure at their current level. Currently these range from RON0.22 to RON0.36 (€0.05-€0.08) per square metre per month. However, there is a sharp divide between the prices paid by the port operators that concluded their contracts 10 to 15 years ago (without a transparent tender process) and those signed more recently.

The original draft law amending a 1999 government decree on ports administration, covered by bne in December 2016, was declared unconstitutional by the Constitutional Court in February. However, a minimally amended version was later rushed through the senate – Romania’s upper house of parliament – on May 15, in an emergency procedure taking less than a week. It is now being assessed by committees in the chamber of deputies ahead of a vote.

Property restitution fund Fondul Proprietatea, which holds a minority stake in Constanta and other Romanian port administrations alongside the government as majority shareholder, has argued that adoption of the law will result in lost revenues of at least €26mn from Constanta alone over the next 10 years.

“As a result of this law we will see a huge transfer of wealth from state-controlled ports to privately owned port operators,” said FP’s fund manager, Greg Konieczny, at a press conference in Bucharest on May 24.

Konieczny dubs the owners of the port operators “port oligarchs” given that the operators were privatised “pretty much for free” in the early transition days, and that they continue to benefit from extremely favourable leasing terms and quasi-monopoly positions. He speculates that their support for the new law is partly because it will allow them to sell their businesses to more efficient operators at very inflated prices – because of the low fixed rents – after it comes into effect.

In addition to the lost rental income, FP officials argue that Romania will lose out in terms of lack of development of port infrastructure. Since they pay such low rents, there is little pressure on the “port oligarchs” to invest in new terminals and other infrastructure in order to maximise their profits. Compounding this is the fact that at Constanta there is at most two companies handling each type of merchandise, putting the operators in a monopoly position.

“[M]any of the current operators – who do not have the willingness or financial strength to invest in new facilities or refurbish the existing ones – will have less incentive to give up the land they currently occupy at very low rents in very attractive parts of the ports to other operators with the means to develop them faster,” FP warned in a statement on May 24.

This is not to say there is no investment at the port. Earlier this month Raiffeisen Bank and EximBank Romania signed a €33.6mn financing agreement with Comvex to support the construction of a new grain terminal at Constanta, which will allow Romania to considerably increase grain exports.

However, the overall lack of incentive for investment is only likely to continue going forward, forecasts Konieczny. “Constanta Port is important but it has competition. If the operators don’t provide the right equipment to allow transporters to unload and load goods in a quick and secure way, they will go to other countries.”

The Constanta Port Operators Association, which represents operators at the port, has hit back against criticism by FP. It responded to complaints from the fund in November, saying in a statement that the fund was a “money-making machine” and accusing it of failing to invest in its assets while paying out substantial dividends to shareholders.

Konieczny responded at the press conference, telling journalists that if the law is adopted “there will be no profits to invest”.

Another provision of the draft law is that it will set up a new supervisory body for the ports sector. There are few details in the bill of how the body will be structured and who will appoint its members, yet Konieczny is concerned it will end up “like a football match where someone is a player and a referee at the same time”.

FP is currently appealing to MPs in the chamber of deputies to reject the law. Konieczny warns that in addition to the damage to the ports sector, it will have a wider impact in sending out a poor message to potential investors across the economy by taking Romania back to the bad old days.

The bill was initiated by two MPs from the centre-right National Liberal Party (PNL), which is currently in opposition, though it received cross-party backing in the Senate.

One of the MPs, Mircea Nicu Toader, is alleged to have been involved in controversial electricity trades via a company owned by a close associate, Adevarul daily reported in 2014. Toader’s main power base is the port city of Galati around 200km from Constanta. The other initiator of the legislation, Mircea Lupu, is a former shareholder in Constructii Hidrotehnice, which has generated impressive amounts of revenue from contracts with state companies including Hidroelectrica.

The original bill was referred to the constitutional court by Romania’s technocratic government in December 2016. However, the current government, led by the Social Democratic Party (PSD) has somewhat surprisingly not issued an opinion on it, despite the expected impact on the state budget.

The bill still has to be approved by the chamber of deputies and signed off by President Klaus Iohannis, both of which can refer it back to the court. Iohannis also has the right to send it back to the parliament for revision.