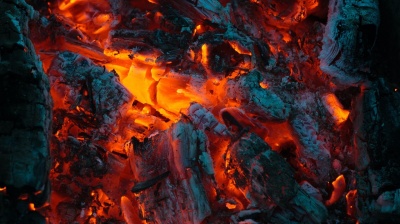 The fund's move into Russian coking coal is the latest in a series of investments. / Image: Andrey Andreyev via Unsplash.
By NEO December 22, 2021

The shares were acquired from a minority shareholder, marking the resolution of an ongoing dispute between the shareholder and the fund, according to Kommersant. Bonum Capital has not disclosed the amount it paid for the shares.

Coking coal is used in industry as a raw material for the production of pig iron. Metallurgical giants in Russia are currently looking for ways to make their operations greener, with the steel industry currently responsible for between 7-9% of global CO2 emissions, according to the World Steel Association.

“We believe that PJSC Koks is a lead[er] and one of the most promising players in the metals industry in Russia, and we see great prospects for effective growth, taking the company to a whole new level,” said Murat Aliev, founder and owner of Bonum Capital. “In the medium term, we believe the company has potential to expand into international capital markets,” he added.

Green technologies are being harnessed worldwide in the drive to clean up this polluting industry. Swedish steelmaker SSAB made history this year with the first pilot delivery of carbon-free steel, for example. It was produced using renewable energy and hydrogen in an electric arc furnace (EAF). Russian businessman Alisher Usmanov announced this week that green technologies will transform European metallurgy, one of the rationales for his own investment in hot briquetted iron, a raw material for the production of steel which can generate up to 35% less CO2 than traditional manufacturing methods.

The deal continues a series of investments by Bonum into promising sectors of the Russian economy. Earlier this year, the fund invested $150mn into Russian forestry major Segezha Group after taking part in the company’s IPO. The move marked a vote of confidence in the Russian forest product sector, with Segezha itself set to become the country’s largest forestry assets holder after an expected M&A with another industry player.

Bonum Capital is an international investment firm which invests in a range of assets, from venture capital and private equity to Russian real estate. According to its website, the firm specialises in investing on public markets. The company also has expertise in acquiring distressed assets, cleaning them up, and packaging them alongside the assets of other industry players in order to grow their value.

BREAKING: Putin signs off annexation of four Ukrainian regions
49 minutes ago
Kremlin preparing for a protracted conflict by putting Russian economy onto a war footing
5 hours ago
Hungary’s forint slides to new low after central bank ends tightening cycle
7 hours ago
Slovak ministers criticise Czech border controls
7 hours ago
Might Trussonomics be a branch of Erdoganomics?
13 hours ago