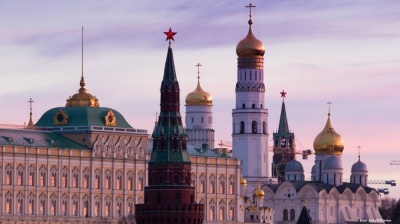 By declaring the break-away Donbas republics autonomous and attacking Ukraine to enforce this, Putin has chose the "Berlin Wall" option to ensure Russia's security. / wiki
By Ben Aris in Berlin February 24, 2022

Russia has attacked Ukraine. We have moved into the third phase of this showdown. Until recently I have argued that there will be no invasion since the first reports came out, but at that time it was clear the military build-up was designed to kick-start the talks on security and Putin was successful in that. The military threat was a means to an end: to start security talks and as long as those talks were ongoing there was no danger of an invasion. Those talks failed last week, so we have moved to the next stage.

The thing with threats is, they are meaningless unless you are prepared to follow through – and who doubts Putin’s resolve to use his military to get what he wants. He has said from the beginning that he would resort to “military/technical” means to enforce his demand to get his security deal. He also made it clear that he was not prepared to do protracted talks and he’s been true to his word.

The Russian Ministry of Foreign Affairs (MFA) issued its demands in December. That kicked off the first round of diplomacy with the US in January. That failed at the end of that month with the US “no to no Nato” letter. French President Emmanuel Macron kicked off a second round of EU diplomacy by pushing for the implementation of the Minsk II deal. But that came to nothing last week when Ukrainian President Volodymyr Zelenskiy refused to do it, calling it “vapid” and a “waste of time.” That made some sort of military move by Russia inevitable as a threat of an attack is the only leverage the Kremlin has over the West.

As an aside, I’m now wondering if actually the US understood this very clearly from the beginning: it took Putin at his word that he would use his military, but it also had decided at the start that the West would never concede a new security deal. That made invasion a certainty.

As I recently argued, Russia has been playing a “game of chicken” with the West and once the end of the diplomatic path was reached we moved to the military phase. Putin has made it perfectly plain that he will not stop until he gets his security deal and what he just did was to irreversibly destroy the last of any good relations he had with the West and bring down extreme sanctions on Russia. Talk of a “new Iron Curtain” is now inevitable and with more than a little justification.

But Putin doesn't care. By his calculus those good relations never existed in the first place, as Nato was inching ever closer to Russia, so that he has nothing to lose.

The contractual relations with the West will remain. Germany will not cut off the gas supplies. Russia won’t be excluded from SWIFT. RusAl will still be allowed to sell aluminium on the London Metals Exchange (LME). But Russia doesn't really have much of a relationship with the West other than that. There is little foreign direct investment (FDI) into Russia and it doesn't really export much beyond commodities. It’s not involved in multinational organisations other than G20, where it has lots of friends, and the UN, where it has a veto. There is no real relationship to wreck. All that has happened is these poor relations will now be codified by the sanctions regime and relations will now be openly hostile as opposed to politely unpleasant as they were before.

To be honest I was expecting several intermediary “technical steps” before Putin chose to attack Ukraine. He could have upped the pressure incrementally by doing things like moving missiles up to the Nato borders in Kaliningrad in the hope of kick-starting talks as he usually moves slowly and carefully. But the annexation of Crimea in 2014 showed that he can also move boldly when he is ready. And those half measures were, all said and done, unlikely to apply enough pressure to get the West to back down and concede to his security demands.

My first thoughts on what has just happened is that Putin has just decided to take the “Berlin Wall” option. As others and I have argued earlier, the “Berlin crisis” in 1961 is similar to the Ukraine crisis, where the West and the Soviet Union clashed over the status of post-war Berlin and nearly came to blows then too. The Soviet solution to that crisis was to build the Berlin Wall, an ugly solution that rankled for years, but worked in that it created a status quo that lasted for decades.

What is going on right now will very likely end with a similar solution. The situation remains highly fluid but I think what will come out of this in the next days and weeks is that the whole Donbas region will be hived off and recognised by Russia as independent and reinforced. They might not build a wall but there will surely be a very big and heavily fortified fence.

The whole of Ukraine was attacked, but Putin has already said this morning he has no intention of occupying the country. Apart from the Donbas, where real fighting is going on, in the rest of the country it appears there have only been targeted drone strikes on airports and some military installations. There have been almost no casualties elsewhere.

The effect of that has been to shut Ukraine’s airspace. At the same time, talking to our correspondent in Kyiv this morning and it appears that because there have been strikes across the country residents in Kyiv don't see the point of going to other towns (even in the west, away from a potential invasion) as everywhere is dangerous. The upshot of this tactic has been to paralyse the country and keep most people immobile at home, although a lot have got into their cars and are heading either for the dacha or for Poland.

But probably more importantly, at the same time it means the government won’t mass its entire forces on the line of contact in Donbas, making it easier for Russia to overrun the whole region and enforce its autonomy.

What does that mean? It actually delivers on Putin’s “no Nato” goal, as if Donbas becomes de facto autonomous, instead of de jure autonomous, as it would have been under the Minsk II deal, then Ukraine is permanently barred from Nato, as no one will recognise this autonomy and Ukraine will have a permanent border dispute with a region that is now openly militarily protected by the Russian army. And countries with a border dispute cannot join Nato, according to its charter, for obvious Article 5 reasons.

Like the Berlin Wall it is an ugly solution and will lead to permanently poor relations with Russia that will cost it a lot economically. But Putin doesn't care about that either. In the West we focus on prosperity, but Putin is old school and the Soviet Union always prioritised security over comfort; hence the world-class fighter jets vs the exploding tellies. Putin is a man from that generation with that mentality, it seems.

In practical terms this should all be over fairly quickly. It won’t take long to secure the rest of the region, but there will be some heavy fighting. Watching the comments coming out of the Kremlin in recent days it is not clear if Putin will stop at just reinforcing the Donetsk and Luhansk regions or if he will take the entire Donbas. Comments from top Russian officials recently strongly suggest the Kremlin hasn't made up its mind on this question.

But it's a safe assumption that Putin has now decided and the key city to watch is Mariupol, which is in the Donbas but under Kyiv’s control. That was attacked from the sea this morning and at this point it appears that Putin wants to take the whole region. If that is case, then there will be some heavy fighting between Russian and Ukrainian forces, as Ukraine is not going to take this lightly. And it is the place where Putin’s calculation could go wrong, dragging him into a new Afghanistan. The easier option would be to just reinforce the area already under the control of the self-declared DNR and LNR authorities, as then little fighting is needed and you still get the Berlin Wall "no Nato" effect.

Follow us on twitter @bneintellinews where we are publishing all our stories on this conflict, including the reaction from across our region, or follow me @bneeditor.

We have also organised a webinar for tomorrow where I will discuss all this with EM CEO Tom Blackwell, the well-known analyst Chris Weafer and top Russian commentator Fedor Lukyanov: “Ukraine crisis goes to the next level: soldiers & sanctions.” 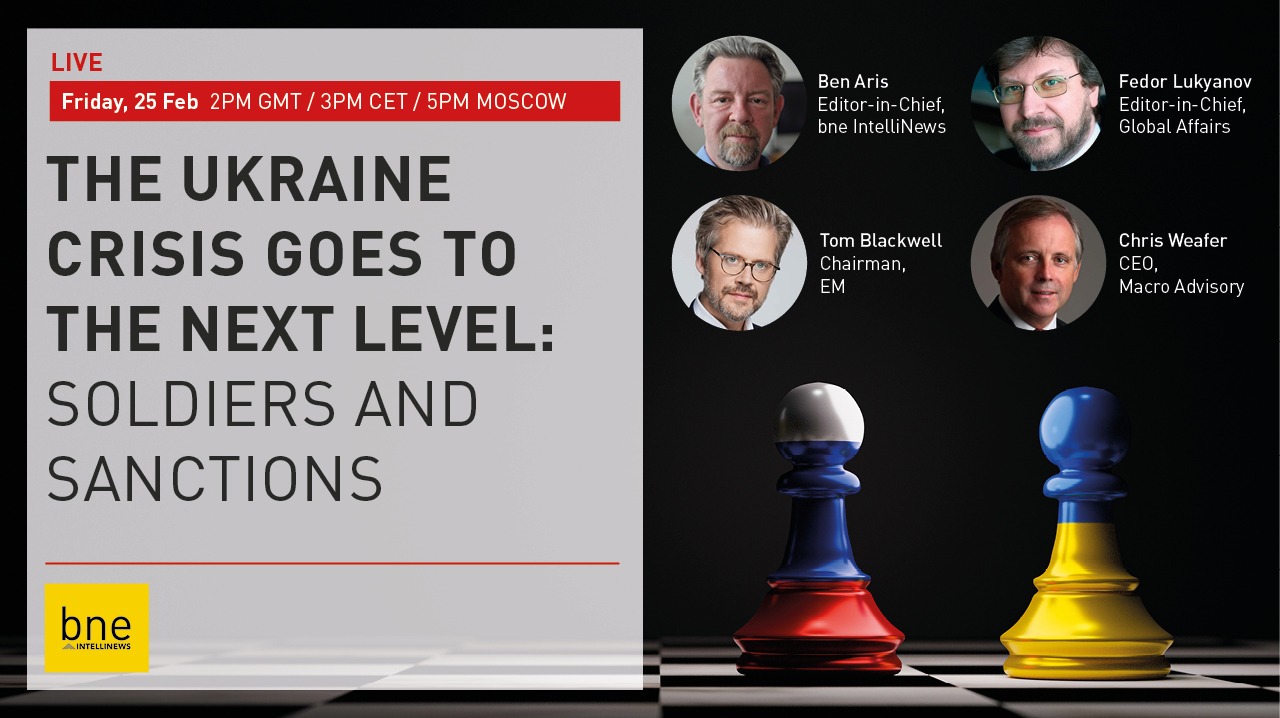 See today’s edition of Editor’s Picks with all our stories on the Ukraine conflict in one place here.