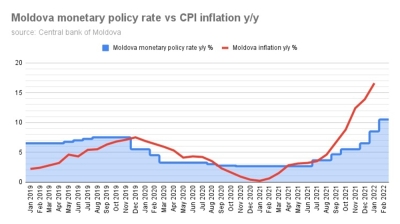 Faced with an inflation rate expected to exceed 20% y/y during the entire second half of the year and a core inflation rate above 15% y/y, the National Bank of Moldova (BNM) increased the monetary policy rate by 2pp to 10.5% on February 15. This was the latest of a series of rate hikes initiated in mid-2021.

This monetary policy decision is aimed at moderating the growth of credit at the expense of increasing associated costs, stimulating savings at the expense of immediate consumption and reducing the pressure on the depreciation of the national currency due to the increasing current account and trade balance deficit, along with mitigating the dollarisation effect of deposits, the central bank explained in a statement.

The decision seeks to mitigate persistent inflationary pressures, creating preconditions for bringing inflation back within the range of the medium-term target range, including by anchoring inflation expectations and mitigating the side effects of increasing regulated tariffs.

Thus, through this decision, the BNM said that it is strengthening its anti-inflationary position and, gradually adjusting its monetary policy instruments, carefully monitors the reaction of real and monetary sector indicators to decision-making impulses.

The statistics bureau, BNS, recently announced that the headline inflation surged to 16.6% y/y in January from 13.9% y/y in December. The administered electricity price is expected to rise adding to the inflationary impact of the surge in the natural gas price. Inflationary pressures are expected from a variety of directions, which is visible in the high rate of core inflation.

The Inflation Report from the central bank indicates expectations for headline inflation rates of over 20% in the second half of the year. The core inflation is expected to exceed 15% y/y.

The forecast is based on pro-inflationary factors, such as imported inflation, rising international food prices, energy and oil resources, positive domestic demand, a possible increase in electricity tariffs during the first and second quarters of 2022, and excise duty adjustment, along with the low annual base effect.

Among the factors with a negative impact that will influence inflation in the second half of the forecast period are: aggregate demand steadily decreasing until the end of the forecast horizon, the downward trend in projected external prices for oil and gas, the improvement of the situation on the regional and global energy market expected in the next year, the slight decline in the annual rate of international food prices in the first half of the next year, and the high annual base effect.

The central bank stressed that the forecast was prepared based on the information available and, in the event of additional factors or risks materialising, its trajectory will be revised accordingly. 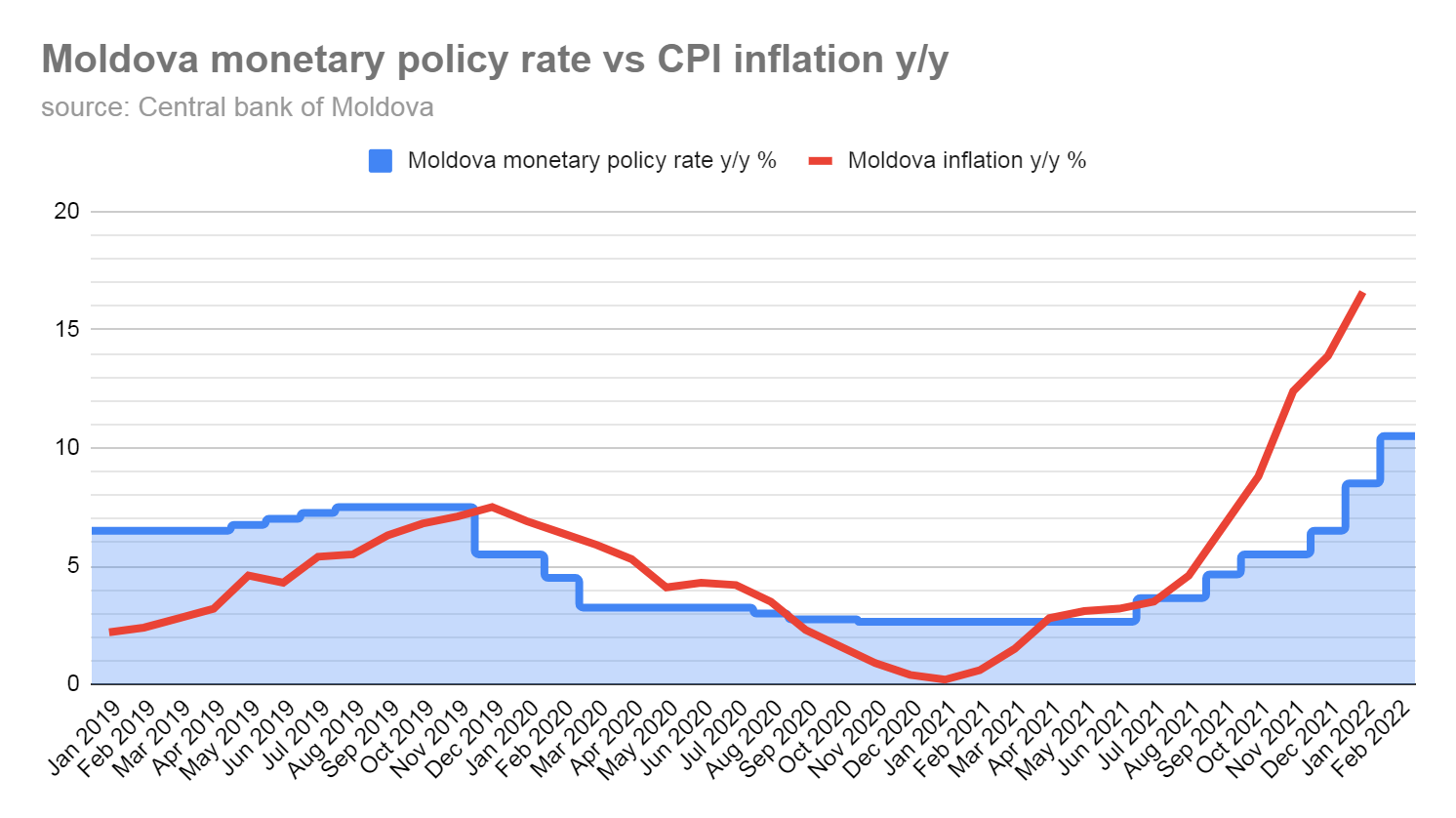