MITTELEUROPA: Following the French hit on Western Balkans, all eyes on Croatia and Germany in 2020 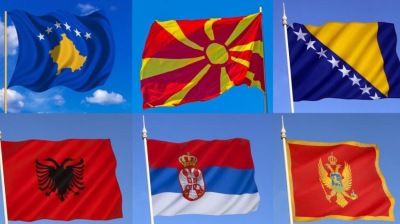 France has become the spanner in the works for the Western Balkans and the EU enlargement process
By Gunter Deuber of Raiffeisen Research in Vienna January 6, 2020

Just as brusquely as the French president recently discredited Nato (where France's real influence may not be so great), he has done the same with the Western Balkans and the EU enlargement process. And in the EU, France's position is, of course, decisive for the outcome of the battle.

In addition to the rejection of opening of EU accession talks with Northern Macedonia and Albania, there is now a serious French-led discussion about reshaping the accession process in general and possibly introducing something like a "preliminary stage" of EU membership. The disappointment in the Western Balkans is currently tangible and has even led to initial political reactions (see Northern Macedonia). In this respect, it is much more important not only to critically examine the current EU attitude, but also to ask the honest question of how things could continue in the Western Balkan countries and with regards to the EU accession debate over the next 12-24 months.

Regional cooperation as the new route!

It seems that the Western Balkan countries have now clearly realised that they should first and foremost cooperate with each other on the political and economic front. Some progress has been already made in the context of the Regional Cooperation Council initiative. For example, roaming charges for mobile phone use for consumers in six Western Balkan countries are to be gradually reduced to zero, which is de facto a "preliminary stage" to EU accession. And the EU, too, often scores points with tangible facilitations for consumers, not just abstract benefits for companies. There are other possibilities for cooperation, for example, to allow the movement of people and goods between the Western Balkan countries to flow largely undisturbed, and here a separate "mini-Schengen" for the Western Balkans would be conceivable, just like the Roaming Agreement.

Overall, the immediate economic impact of the debate about delaying and reshaping the EU accession process is possibly more limited than sometimes feared. A few foreign investors might be shy of taking new engagements. A clear EU perspective and then accession is important to attract new investors (who want to scale business models precisely with the rules of the internal market). However, investors traditionally present in the Western Balkans will possibly not be deterred too much by the delay in accession negotiations. However, near-term downsides shall not be downplayed either. The delay of accession talks may still lead to a more cautious stance among foreign investors being already present in the country. Like the people on the street - who are more thinking about emigration than not investing - foreign investors must assess how committed policymakers will remain to reform- and stability-oriented policies. Businesses currently working in the Western Balkans will closely monitor whether governments will be advancing on the reforming path.

How far regional cooperation will carry the region?

Talking about the situation on the ground it is questionable how far cooperation between the Western Balkan countries can really lead and how realistic that would be. First, it is questionable to what extent regional initiatives including Serbia should really work. Bosnia, Albania and Kosovo in particular would certainly be cautious in this respect. Particularly as Serbia, an official candidate for EU membership, is apparently also actively pursuing economic and foreign policy agendas outside the EU. Serbia wants to conclude a free trade agreement with the Russian-dominated EAEU. In this respect, Serbia seems to offer the EAEU exactly the stage that the EU has so far been trying to close to it. At the same time, the hesitant EU attitude will at least not make it difficult for China to opportunistically pursue its own economic and political agendas in the Western Balkans.

Furthermore, the risk of increasing populism on the ground should not be underestimated. There have already been some populist movements and surprises in the Western Balkans in recent years. The feeling of being unjustifiably stuck on the fringes of the EU (after all, France's hard position on enlargement and visa issues is very much influenced by domestic political calculations) could only give a boost to such movements. The current customs dispute between Kosovo and Serbia, for example, could not remain an isolated case. In this respect, the EU side will have to live with certain setbacks and national convulsions in the coming year(s). It would then certainly be wrong to prematurely use these developments, which may be favoured by recent French-led setbacks, as a pretext for a hesitant attitude towards enlargement.

Croatia and Germany to the rescue

All in all, there is now an opportunity for some progress in cooperation between the Western Balkan countries without active EU involvement over the next 6-12 months. This would be positive. Nevertheless, the EU is currently in the process of gambling away some of its political capital in the Balkans. Particularly as there is often no clear differentiation here on the ground between the EU institutions themselves and/or the (large) members. But there are also opportunities here for individual countries. In order to make progress on the EU enlargement front relevant bodies and actors first must address the scepticism of France and the proposed reform of the accession process. That said the proposed option of breaking off the negotiations has its charm. In the medium to long term, the very delicate EU "elephant accession question" of Turkey could be decoupled from the enlargement of the Western Balkans; and here France and other EU countries such as Germany, Italy, the Netherlands and Austria, the West-East bridge country, have similar interests. In contrast, it seems rather unfair to link the enlargement process with a general EU reform. That said there are some signals that the question of opening accession talks with Albania and North Macedonia will be revisited again under the Croatian EU Presidency in H1 2020 and during the Zagreb Summit (May 2020) in particular. Croatia could at least provide the modalities, which would then be finally fully exploited under the German EU Presidency in H2 2020. On a positive note this could put the Western Balkans in a shorter test phase, where performance counts.

BALKAN BLOG: US approach to switch from quick-fix dealmaking to experience and cooperation
Turnover rose on Bosnia's two stock exchanges in 2020 while prices fell
COVID-19 and Trump’s indifference helped human rights abusers in 2020

ING THINK: Growth in the Balkans: from zero to hero again?
5 days ago
FPRI BMB Ukraine: Most Ukrainians are optimistic about 2021 – poll
5 days ago
COMMENT: Record high debt levels will slow post-coronavirus recovery, threaten some countries' financial stability, says IIF
8 days ago
COMMENT: The Manafort Pardon: a finger in the collective eyes of Ukrainians
13 days ago
STOLYPIN: Scope for limited progress under Biden, so long as the past remains the past
13 days ago