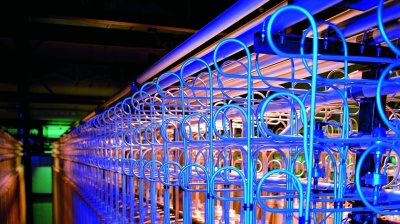 Westinghouse formally made an offer to the Polish government to build the country's first reactor in September. / Urenco
By bne IntelliNews October 25, 2022

The US nuclear technology company Westinghouse Electric is closing in on winning the Polish government’s contract to build Poland’s first nuclear power plant, a deputy prime minister hinted on October 24.

Nuclear power is the all-important plank in Poland’s plan to reduce the currently dominant share of coal and lignite in electricity generation. Due to its reliance on dirty fossil fuels, Poland’s electricity grid is one of the most carbon-intensive in Europe.

Deputy Prime Minister Jacek Sasin and Climate Minister Anna Moskwa met the US Energy Secretary Jennifer Granholm to discuss the US offer to build the first of six planned reactors in Poland.

“I think that after this meeting we are much closer to making this decision [to choose a technology provider],” Sasin said after the meeting.

“By the end of the year, our country will choose the technology in which the first nuclear power plant … will be built. We want to meet this deadline so that … the construction starts in 2026,” Moskwa said.

Westinghouse formally made an offer to the Polish government to build the country's first reactor in September.

Korea Hydro & Nuclear Power (KHNP) and France’s EDF are also in the race.

But Warsaw’s long-standing close cooperation with the US – which has recently become even closer because of Russia’s war in Ukraine – makes the choice of the American AP1000 nuclear technology even more likely.

Poland’s plan is to build four to six nuclear reactors by the mid-2040s. The government envisages that the first reactor will start supplying electricity to the grid as soon as 2033.

However, even pro-nuclear experts are worried that a timeline of just over 10 years is too ambitious.

Meanwhile, Westinghouse sued in federal court to block a potential deal for KHNP to sell reactors to Poland, S&P Global reported on October 23.

According to the report, Westinghouse said that “KHNP's reactor design includes intellectual property licensed by Westinghouse and requires permission from the US company before being transferred to Poland and other countries considering deploying [KHNP-designed] APR1400 reactor.”