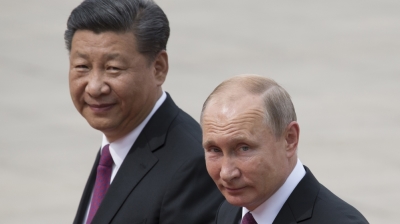 An array of large-scale deals has been signed at the annual Saint Petersburg International Economic Forum (SPIEF) 2019. Over 650 deals worth RUB3.1 trillion ($48bn) were announced, with the most notable $20bn of strategic deals agreed by Russia and China, as part of their strategic goal to increase bilateral trade to $200bn per year from $108bn in 2018.

In the energy sector, Russia’s Gazprom Neft oil major and privately owned liquefied natural gas (LNG) producer Novatek set up a joint venture for the exploration and extraction of gas in the Arctic region, confirming previous reports that Novatek could become the first private company allowed to extract on offshore shelf fields. Novatek also finalised the sale of 10% stake in its upcoming Arctic LNG-2 project to Chinese CNOOC and CNPC, as well as paving the way to sell LNG on the domestic Chinese market.

Gazprom sold a 25% share in its Urengoy fields to its Austrian strategic partner OMV for €905mn, with the total valuation of the extraction assets valued at €3.6bn. Another international extraction deal was close between Gazprom Neft, Gazprom's oil arm, and Shell. The two companies will set up a joint venture in the Yamalo-Nenetsk autonomous region, while Gazprom Neft, Shell, and Spanish Repsol also signed a memorandum of understanding on joint exploration of Gydan peninsula’s untapped fields.

Notably, a major policy decision could be on its way as Deputy Finance Minister Andrei Ivanov said on the side-lines of SPIEF that unsealing the National Welfare Fund (NWF) for investment in Gazprom's Ust-Luga LNG plant could be on the agenda, contrary to the recent recommendations of the IMF.

In the tech segment, Sberbank and internet media major Rambler outlined the modes of its cooperation, following the major deal between the companies closed earlier this year. Deals advancing the pilot testing of 5G coverage in Russia were signed between Rostelecom, Tele 2 and Ericsson, as well as МТС and Chinese Huawei and the Moscow government .

A number of deals showed notable activity in the agriculture sector, with state development bank VEB, Sberbank, and Gazprombank pledging to invest $1.7bn in fertiliser producer Acron. Another state bank VTB acquired a controlling stake in Mirogroup Resources, one of Russia's top ten exporters of grain. In the meantime state technology agency Rostec said it will participate in building a grain terminal to facilitate the exports of Siberian-raised grains to China.