Lukashenko’s crackdown leads to exodus of IT professionals 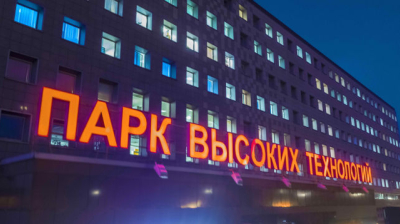 Lukashenko’s crackdown leads to exodus of IT professionals / wiki
By Ben Aris in Berlin September 4, 2020

The restart of Belarus' self-appointed President Alexander Lukashenko's brutal crackdown on protesters has led to a growing exodus of IT professionals that will destroy one of the country’s most successful sectors.

As bne IntelliNews reported, more than 300 top CEOs of IT companies warned they would decamp to neighbouring countries in the first days following the pogrom on protesters unleashed by Lukashenko immediately after the massively falsified August 9 presidential election.

By the middle of the first week the authorities realised the crackdown was not working and backed off, restoring calm. However, after Russian President Vladimir Putin’s statement that he was willing to send a special military unit to quell the protests “if necessary” on August 27, tensions have risen again. Lukashenko has relaunched the crackdown, with OMON riot police once again randomly snatching people from the street and attempting, largely unsuccessfully, to prevent and break up the many spontaneous demonstrations as well as the organised mass rallies at the weekend.

In this climate Belarus’ IT professionals are choosing to leave. The number of requests from Belarusian IT developers to find a job in Russia has grown five-fold in the last weeks due to political instability in the country, recruitment companies say, as cited by Kommersant.

In recent years, the direction of migration has been in the other direction as successful Belarusian IT companies headhunted talent in Russia and enticed software engineers to Minsk on attractive employment packages. In February bne IntelliNews reported on Belarus’ success as it emerged as Europe’s leading high tech hub.

Belarus’ IT sector had been flourishing, earning $2bn from exports in 2019 and still growing by over 30% a year, industry participants told bne IntelliNews in a recent podcast. The sector is now worth 6.5% of GDP, according to Minister of Economy Dmitry Krutoy as cited by BelTA.

“This is a very large share, taking into account the outstripping rates that our IT companies demonstrate. The IT sector in its influence on the economy of our country has caught up with many traditional industries such as agriculture, transport and construction materials production,” the minister said.

IT is only just smaller in dollar terms than the agricultural sector, which accounts for 7.2% of GDP. IT jobs have become a haven for ambitious young Belarusians as one of the few modern careers available to them. Krutoy says that IT has become the engine of economic growth and the only fast growing sector. The rest of the economy is dominated by Soviet-era machinery and raw material state-owned enterprises (SOEs), which largely employ blue collar workers. And with average incomes at less than $500 per month the retail and banking sectors remain underdeveloped due to the small size of the emerging middle class.

Now the IT sector is under threat and experts say that once Belarus’ professionals leave they are unlikely to come back – especially if Lukashenko remains in office.

Russian employment agencies say that up to a quarter of the requests for IT jobs are now coming from Belarusians, whereas before the political crisis broke out their share was no more than 5%, the recruiting company Benchmark Executive told Kommersant.

Some companies have already closed their offices in Minsk. The Japanese-owed Viber was the first to report it was withdrawing, soon followed by Russia’s internet giant Yandex. Both pulled out, saying it was impossible to work in such a repressive atmosphere.

However, according to reports, many more companies are quietly relocating staff to neighbouring countries such as Poland, Russia, Ukraine and Romania, but have not made announcements, fearing retribution from the state and ordering employees not to talk about their moves. And many more employees are thinking of leaving irrespective of what their employers decide to do; one of Kommersant's interlocutors believes that, in general, about 70% of Belarusian developers are now thinking about looking for work abroad.

Some of the surrounding countries are actively encouraging the engineers to move, hoping to scoop up a lot of talent to bolster their own local IT industries. The mayor of the Ukrainian city of Kharkiv has offered any Belarusian IT professional willing to move an attractive relocation package, and Lithuania also said last week it was offering accelerated access to work visas for professionals going there and specifically mentioned it hoped the inflow of experienced professionals would help bolster its own IT industry.

While the Russian engineers that moved to Minsk are going back to Russia to find work, the Belarusians looking to emigrate are not expected to follow suit. Despite the size and wealth of the Russian market, the investment climate is too similar to that in Belarus, where the Kremlin interferes and there are no clear rules of the game. Most of the Belarusians that leave are expected to end up in EU countries, with Poland and the three Baltic states taking the lion’s share.

Kazakhstan: Sanctions likely behind fresh delay at new Baikonur launchpad
1 day ago
EWDN: How Russian game developers are being hit by the shockwave of war
2 days ago
Disney+ comes online in Turkey
3 days ago
Romanian crowdfunding platform SeedBlink helps Bulgarian startup Agriniser raise funds
8 days ago
Investments into Serbian startups soared more than 600% in 2021
8 days ago