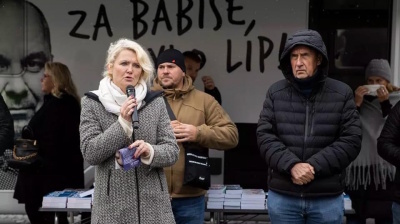 The Czech ruling centre-right coalition emerged victorious and emboldened after the second round of contests for a third of Senate seats at the weekend gave it a decisive victory, albeit on a very low 19.4% turnout. Despite registering some success in the first round the previous weekend, only a few populist and anti-establishment candidates succeeded in the run-offs, and only one openly pro-Kremlin candidate was elected.

In the 24 seats still up for election, the Spolu coalition of three centre-right parties secured 18 senators plus a further two independents which were endorsed by Spolu were elected. In the first round last weekend Spolu won one of the three seats outright, with more than 50% of the vote. Spolu, together with the liberal Pirates and the centre-right Mayors and Independents party, ousted the ANO-led cabinet of populist billionaire Andrej Babis after last October’s general election,

“The result is straightforward”, commented Prime Minister Petr Fiala, leader of the Spolu coalition and ODS chairman: “The Spolu coalition succeeded with 20 candidates including those we endorsed”. He added that the ODS strategy of coordinating with TOP 09 and the Christian Democrats works and that “project Spolu has agreat future”.

All three parties boosted their presence in the Senate, with ODS increasing their number of senators from 15 to 23 and securing its position as the strongest Senate party. Combined, Spolu have 41 majority in the 81-seat Senate. The five parties in the cabinet have a combined 58 senators, with several independent senators also backing the cabinet.

Despite a strong performance in the first round, ANO, Babis’ personal power vehicle, lost 15 of the 17 run-offs it was competing in and will only have five senators. The ANO leader blamed an “anti-Babis” campaign for the disappointing result. “Now they [Spolu] want to make people think I ran. It looks as though the only candidate was Babis. I did not run,” Babis was quoted as saying by the Czech Press Agency.

Incumbent Senate President Milos Vystrcil of ODS beat ANO-backed Jana Nagyova in his home district of Jihlava by a 60% to 40% ratio. Nagyova is currently standing  trial together with Babis, her former boss at his Agrofert food, chemical and agricultural conglomerate, for subsidy fraud, and had she succeeded she would have been entitled to a senator’s immunity from prosecution and the trial would have had to be paused.

The run-off became a symbolic contest for many Czech media as well as Spolu and ANO politicians after Babis called Vystrcil “a career politician” and blamed him for poor language skills and for being part of the “post-November 89 cartel” which according to Babis he went into politics to destroy.

Babis invested heavily in the campaign but given the balance of power in the Senate Vystrcil is now very likely to be re-elected as the Senate Speaker. High media coverage of the contest seems to have contributed to the voter turnout in Jihlava which was close to 39%. That was twice as high as the overall average and comparable to the average from the first round (42.65%) which took place at the same time as municipal elections a week earlier.

The strongest independent group in the Senate, Sen21, which forms a fraction with the Pirates and combined now has six Senators, made a surprise gain in the Usti nad Labem district when historian Martin Krsek beat ANO Usti nad Labem Mayor Petr Nedvedicky by some 68% to 32%.

Local city museum worker and lecture in the history of the Usti region, traditionally associated with mining and socially ostracised communities, Krsek sees poverty in the regions as the single most important issue to tackle. “In 30 years since the [November 1989] revolution no government has done any important systematic step to even out differences between the regions,” he said.

Usti region, like other regions in the north and northeast of the country, is coping with the legacy of a heavily industrialised region and an accumulated legacy of unresolved social issues. It has the largest per capita number of people affected by a personal debt crisis out of all the regions in Czechia, for instance.

Social divisions in between the regions were pointed out by analysts and commentators as characterising the September municipal elections, where far-right SPD made gains in peripheral regions as well as in number of larger cities and will be represented in the Prague City Assembly for the first time.

In Kromeriz district of the eastern Zlin region far right pro-Kremlin conspiracist Jana Zwyrtek Hamplova narrowly beat ANO candidate Lucie Pluharova and looks set to be the most controversial senator. In the westernmost region of Carlsbad, which is also facing number of structural issues and where the turnout was mere 10.51%, ANO candidate Vera Prochazkova beat Eva Chromcova backed by the SPD.

Former Minister of Justice Daniela Kovarova – who campaigned for preservation of “normal world” of Czech pubs with an abundance of draft beer, pickled cheese and pickled sausages, and where “sexual harassment is natural” – won a senator seat as independent in the Pilsen district.

Fiala, who is a political scientist by profession, thinks that the low electoral turnout in the second round is caused by the nature of the run-off. “For many voters a candidate who they would vote for does not appear in the second round anymore,” he said, adding “that somebody does not casting a vote is also an expression of democratic choice”.

Czech Television analyst Kamil Svec wrote that part of the problem could be that “politicians fail to motivate the voters enough”,  pointing out that higher turnouts have in the past occurred only during the highly polarised run offs attracting nationwide media attention,  such as in the case of the Jihlava run off this weekend.

In  previous years  polls have indicated that Senate elections are deemed more important by the younger and more educated electorate.  This largely centre-right electorate is more likely to view the Senate as an important democratic check of the balance of power and to turn out to vote.

In the past the Senate’s centre-right majority frequently clashed with Babis’ cabinet as well as with populist and long-term pro-Kremlin President Milos Zeman.

Despite the Spolu second round success, several recent nationwide polls continue to favour ANO if a general election were held today. According to the September Media agency general election poll, ANO would win with 29% while ODS stood at 16%, SPD at 14% and the Pirates at 11.5%. Other ruling coalition parties wouldn’t cross the 5% threshold necessary to enter the parliament, making it vital they stand together with the ODS. The formerly dominant Social Democrats would make a parliamentary comeback with 5% in this poll, crossing the threshold to have deputies.

COMMENT: The new Cold War will be different, and not only because of China
Prague to have a new municipal government after record-long negotiations
EU and G7 agree on Russian petroleum product price caps