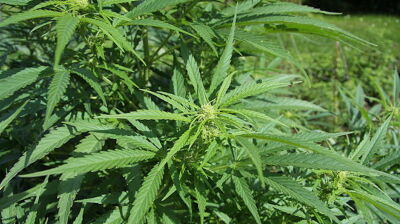 Lithuanian hemp growers say the new version of the Baltic country’s hemp law is a missed opportunity to give the industry a new (legal) high.

Lithuania was the European Union’s second largest producer of hemp in 2019, with 9,182 hectares under cultivation. The industry is booming in the EU, with the cultivated area soaring to 56,196 hectares in 2019, with production growing 62% to 152,820 tonnes.

The full legalisation of industrial hemp could boost sales of the Lithuanian industry to €200mn, supporters say.

Hemp can be used in textiles, food and animal feed, construction, paper, cosmetics and health products, as well as biofuels. According to the EU, hemp cultivation is also beneficial for carbon storage, allowing crop rotation cycles, preventing soil erosion and encouraging biodiversity.

However,  the liberal-conservative government has so far failed to pass a set of sub-laws to the revised version of the 2013 law that  comes into effect on November 1, which are required to boost the production and sale of fibre hemp-based foods, cosmetics, pet food and other products in the country.

Hemp growers say the law will fail to arrest the slump in cultivation of the crop – with production falling from 9,182 hectares in 2019 to 4,780 hectares this year– as rising costs make it more and more uneconomic to grow it.

“I quit my hemp business. It did not pay off,” Marius Banaitis, an industrial hemp cultivator in Vilnius region, told bne IntelliNews. “It required too big resources in terms of the infrastructure – just the drier costs an arm and a leg, the whole processing requires many hands. It was too much to me alone.”

He says he grew the plant only on two hectares in recent years, although the hemp area had once been much larger.

On his website, now to go offline, he praised his cannabis for having a particularly good scent and containing a high (2%) level of cannabinoids (CBD), which are said to have health-giving properties, while staying within the legal 0.2% level of tetrahydrocannabinol (THC). Higher levels of THC would classify the hemp as cannabis, which remains illegal in Lithuania.

“The interest in my products was rather big. Many would order both dried and fresh hemps. I’d sell CBD extracts and hemp seeds for €7 per package, which was still not enough to make ends meet,” he added.

Kęstutis Zinkevicius, a hemp grower in Ukmerges district in central Lithuania, told bne IntelliNews that he regretted that the country’s authorities are “horribly lagging behind” with the adoption of sub-laws.

“Cultivating hemps in such uncertainty makes no sense. The November 1 deadline is just around the corner and there is no clarity at all,” the farmer complained.

He says Lithuanians are quite “fond” of hemp products, with hemp oil, hemp seeds and hemp tea being top-three items on sale. In the peak, he had grown hemps on 30 hectares, but now the farm has shrunk.

“The expenses incurred from running the hemp farm are too big,” he said.

Looking for a silver lining

Rimantas Ciutas, director of the Lithuanian Association of hemp growers, processors and business innovators (KAPVIA), says industrial hemp crop production resembles a ride on an American rollercoaster, with “many turbulences”.

“The decrease shows that farmers’ expectations [from the amended hemp legislation] have not come true,” Ciutas told bne IntelliNews. “To pour fuel on the fire, an excess of cannabis biomass, used for production of pharmaceutical and cosmetic goods, as well for beverages and food, has formed over the last three years in the entire EU. Three years is how long it took Lithuania to pass the hemp law changes,” he pointed out.

However, Ciutas said there could be a “silver lining” in the industrial hemp bill, which the European Commision had pushed for on several occasions, in order to align Lithuania's hemp legislation with that in the European Union.

“Once the legislative package is in place and starts working, the whole sector will see a boost – growers will be able to process the whole plant and the entire production (from the plant) will be legal if the THC concentration does not exceed 0.2 percent in the final product,” he emphasised. Until the enactment of the law, only hemp stalks and seeds could be used in the country.

Moreover, legislation allowing the use of cannabis for medical purposes, which was approved in October 2018, has proved a dead letter. Many of the country’s doctors are still prejudiced against cannabis, and up till now, according to Julijanas Galisanskis, a senior specialist at the health ministry, there is not a single cannabis-based drug in the national drug registry.

Approached by bne IntelliNews, a psychiatrist working in western Lithuania, said that cannabinoids in Lithuania are not used to treat mental illnesses.

Aaron Haris Berkowitch, a campaigner for marijuana use for medical purposes, told bne IntelliNews: “Use of marijuana for medical purposes has not even begun. The pharmaceutical companies in the country thrive and act as influential, far-reaching lobbyists, which see the ‘weed’ as an incursion into their dominion. Although the benefits of medical cannabis have been proved, the local authorities continue cramming people with pills from behind the counter.”

Moreover, Lithuania also tightened up penalties for cannabis possession in 2017, making it a criminal offence, leading to a twofold increase in the number of drug-related cases.

A group of Lithuania's MPs from the liberal Laisve (Freedom) party have proposed a bill decriminalising possession of small amounts of drugs, arguing a small fine would be a sufficient punishment. If adopted, it would not carry criminal liability and would be punishable with a fine of only up to €100.

Hemp production in the EU in 2019. Source: Statista.com

Who needs a war?
13 hours ago
Outbreak of calm grips Ukraine
14 hours ago
Primark to launch in Romania as it pursues CEE expansion
21 hours ago
All eyes fall on Nazarbayev clan’s extraordinary wealth as Kazakhstan’s Tokayev asserts authority by targeting super rich
1 day ago
UniCredit's hopes of acquiring Russia's Otkritie Bank marred by geopolitical tensions
4 days ago