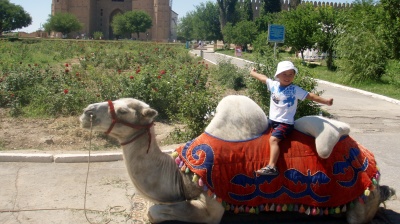 Kazakhstan is game for something new.
By bne IntelliNews November 7, 2018

The move marked the first time ever that a euro-denominated transaction came from the Kazakh sovereign. The Central Asian country is among many emerging market nations that have switched to euros due to the growing gap between US and European interest rates. Kazakhstan has prioritised dollar sales for the past 20 years with its dollar debt in July 2015 peaking at $4bn in 10-year and 30-year notes. Kazakhstan’s foreign currency debt ratings are BBB with a stable outlook from Fitch, BBB- (stable) from S&P and Baa3 (stable) from Moody’s.

The European Central Bank has said it currently does not plan to tighten borrowing costs until at least after next summer, whereas the Fed has indicated more tightening could be around the corner.

“Euros make a lot of sense, the ECB will remain dovish in contrast to the Fed,” Richard Segal, a senior analyst at Manulife Asset management in London, told Bloomberg prior to the bond sale.

Kazakhstan last sold dollar debt in July 2015, when it raised a record $4bn in 10-year and 30-year notes. Astana is more and more looking at expanding the geography of its borrowing, with plans also including yuan-denominated securities.

Rating agencies have praised Kazakhstan’s inflation targeting practices and its strong economic recovery, which was partly driven by the recovery in world oil prices. Kazakh growth rebounded to 4% in 2017, up from 1% in 2016, and continued to stand at 4% in the first nine months of 2018.

The economic recovery was also partly thanks to Central Asia’s largest economy focusing on increasing its bet on foreign investment and diversification. Much of that foreign investment is stemming from China’s One Belt One Road modern trade infrastructure initiative, which has resulted in a number of newly launched and ongoing projects with the aim of raising Kazakhstan’s transit potential for Chinese goods heading to Europe.

“We believe that a strong cash position of the sovereign underpinned by fiscal prudency and a higher oil price as well as good macro management can bring a positive outlook and a one-notch upgrade for Kazakhstan in 2019,” Raiffeisen Bank International (RBI) noted. “Nevertheless banking sector problems may affect the upgrade probability for next year if rating agencies conclude that the banking system outlook undermines sovereign financial stability.”

Lingering troubles might still be troubling the Kazakh banking sector despite last year’s $7.5bn bailout by the state. The country’s second largest lender, Tsesnabank, recently received €1.1bn in support from the central bank. It also appears to be exposed to bad loans in the agricultural sector—agriculture is prioritised by the government as one key area for diversification away from over-dependence on oil exports.

A number of small banks in the country, including Qazaq Banki and Kazakhstan Eximbank, were not so lucky as to benefit from last year’s bailout. They received no state support and have been continuously lambasted by top officials for poor performance. Their licences were recently revoked.

The country’s banking sector—still not fully recovered from the 2008-09 financial crisis—has been hit by a rise in bad loans since the slump in world crude oil prices and the tenge free-float in 2015, which depressed the entire Kazakh economy for two years until it switched trajectory and headed for recovery in 2017. The bailing out of Kazakhstan's largest banks included a merger deal between KKB and Halyk, turning Halyk into the biggest Kazakh lender.

RBI International analysts said last week that their “current recommendation on Kazakh eurobonds is ‘Hold’ taking into account the latest macro improvements while the medium-term outlook is positive due to a stronger likelihood of a positive re-rating of Kazakhstan by the leading rating agencies in 2019”.