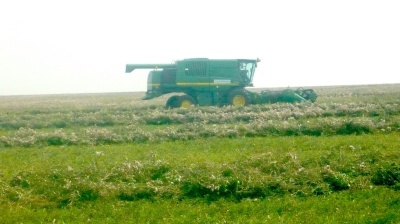 The Kazakh government plans to attract investments worth KZT4tn (€7.9bn) into its agriculture sector, Kazakh Prime Minister Askar Mamin said during a government meeting on March 2.

The ministry’s goals include increasing the self-sufficiency of the domestic food market by around 80%, raising incomes for 1mn rural residents, boosting labour productivity and doubling exports of processed products.

Kazakh officials expect the programme will create up to 500,000 additional jobs in the country. One of the import substitution projects will focus on replacing imports of milk and dairy products to Kazakhstan with domestic production, local news agency Kazinform reported on March 2.

35 new industrial dairy farms will be commissioned per year in the country, Kazakh Minister of Agriculture Saparkhan Omarov said during the government session. He added that the Central Asian nation launched 48 new dairy farms with the total capacity of 98,000 tonnes of milk last year.

In related news, national investment promotion company Kazakh Invest recently announced that the country is set to launch construction of a €20mn livestock breeding complex based on technologies of KS Genetics Switzerland with a design capacity of 50,000 pigs per year in Almaty Region.

The complex will produce purebred pigs without genetic manipulations, with guaranteed productivity and resistance to diseases. Local farmers will be financed to grow the necessary numbers of pigs. The finished products will be – at the initial stage of the complex’s operation – exported to China and the markets of the Eurasian Economic Union (EEU) member countries.

These state-funded projects are part of an agriculture-focused economic diversification trend that began in 2016 amid weak global oil prices. Kazakh authorities are hoping to reduce the ex-Soviet state’s reliance on hydrocarbons export as a primary source of economic growth. The authorities are hoping to turn the nation into a net exporter of food with a major focus on China’s market.

The COVID-19 pandemic has also highlighted the importance of food security. Kazakh state-run media recently cited the Islamic Organisation for Food Security (IOFS) as highlighting Kazakhstan’s potential for becoming “one of the world’s food hubs” .

OECD figures show that Kazakhstan’s agricultural sector in 2019 accounted for approximately 4.5% of the country’s GDP, largely unchanged from 4.4% recorded in 2018 and 2017. On the other hand, Omarov said in December 2020 that the digitalisation of Kazakhstan’s agriculture sector led to a 10% growth in harvests last year.