INTERVIEW: Implications of war in Ukraine for Africa 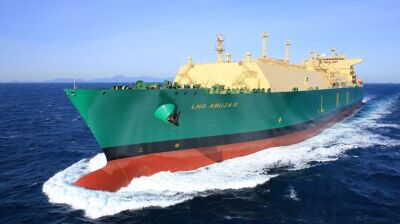 Europe and Asia have been the two main buyers of Nigerian LNG / NLNG
By Jennifer DeLay March 10, 2022

WHAT: Given Russia’s position as a major oil and gas exporter, the current conflict has the potential to make projects in sub-Saharan Africa more attractive.

WHY: African gas may draw more short-term interest than oil.

WHAT NEXT: African gas-producing states will have to demonstrate their ability to provide adequate support for LNG projects.

Russia’s invasion of Ukraine on February 24 hit the geopolitical scene like a bolt of lightning, and the shock spread quickly to the global economy as a consequence of the sanctions that Western states have imposed on Russia.

And there are surely more storms to come. The EU and the US have begun expanding their sanctions regimes to encompass crude oil and natural gas, two of Russia’s most valuable (and politically useful) exports. In turn, Russia has imposed a freeze on commodity exports out to the end of the year.

The parameters of this freeze are not yet clear. But since Russia is the world’s largest gas producer and one of the world’s top three producers of oil and wheat, this move has the potential to wreak economic havoc in many parts of the world – partly by driving food and fuel prices up and partly by complicating its relationships with countries that depend on imports of these basic commodities.

Under such circumstances, it is worth asking what these developments might mean for other producers of commodities such as oil and gas. NewsBase has therefore sought the opinion of two energy experts on the question of whether recent development represent a new opportunity for oil- and gas-rich states in sub-Saharan Africa.

The following is a lightly edited version of the responses received from Derek Boulware, head of sub-Saharan Africa research at Welligence Energy Analytics, and Siva Prasad, senior analyst at Rystad Energy.

We are already seeing BP, which was one of the first operators to announce its exit from Russia, start studies on its BirAllah gas discovery offshore Mauritania, targeting LNG sales to Europe. To be noted, it was previously estimated that BirAllah would see a delayed timeline of development, especially after the [Greater] Tortue Ahmeyim (GTA) scheme [offshore Senegal] was downsized from the initially planned 10mn tonnes per year capacity to 5mn tpy.

Europe has been one of the two main importers of Nigerian LNG, with the other being Asia. Nigeria is bumping up its LNG export capacity from 22mn tpy to 30mn tpy, and this can mean increased focus on natural gas development in the country to feed the Nigeria LNG plant.

Derek Boulware: Put in simple terms, the events of the last month make sub-Saharan Africa’s upstream more attractive. Of course, the same argument applies to other regions, but some of the countries in sub-Saharan Africa had been making good progress in drawing in investment. These countries can continue to pull in the dollars as long as they stay on that path. From an M&A [mergers and acquisitions] perspective, the current market may suppress deal-making. Producing assets will be generating substantial cash flow right now, a disincentive to sell.

Furthermore, the current high prices and extreme market uncertainty in the near to medium term make asset valuations and closing the buyer-seller gap very tough.

Q: Is there a way for oil and gas producers in sub-Saharan Africa to take advantage of some Western countries’ desire to disengage with Russian suppliers?

DB: Russia is the world’s second-largest oil exporter. Companies no longer purchasing Russian crude will need to source it from elsewhere, which could increase competition for sub-Saharan African crude.

SP: One way for sub-Saharan African gas producers to go about taking advantage of the situation, [in which] some European nations are looking to end/minimise their gas supply trade relations with Russia, would be to showcase [their] large natural gas potential and secure long-term LNG supply contracts – and then focus on accelerating the upstream development and LNG export infrastructure development to fulfil these contracts.

Many upstream gas developments are delayed in sub-Saharan Africa, and LNG export infrastructure plans are [being] phased out. [Demonstrating the capacity] to develop potential and transform as a long-term supplier should be the focus if sub-Saharan African gas producers want to replace Russia as an LNG/natural gas exporter to Europe.

SP: The Venus and Graff discoveries offshore Namibia have definitely opened up a new exploration play, where more exploration activity can pick up. But as far as development of these or the other sub-Saharan African deepwater discoveries is concerned, it still remains to be seen if the current high oil prices will act as an accelerator or have long-term implications.

The current oil prices are driven by a crisis, which when solved will eventually lead to a more stabilised market at a relatively lower oil price. There are many other factors – fiscal, administrative and other above-the-surface factors that either drive development or act as deterrents to deepwater development in sub-Saharan Africa.

So it cannot be said that the current high oil price environment will have a long-term positive impact on the cost-intensive deepwater developments off sub-Saharan Africa.

DB: Sustained higher prices will indeed make higher-cost projects more attractive. However, it’s important to note that investment in new greenfield developments, especially in remote areas like Namibia, which will take some years to get to first oil, are based on long-term oil price assumptions, not what is happening now or forecasts over the next 12-24 months.

COMMENT: The new Cold War will be different, and not only because of China
4 hours ago
PANNIER: Uzbeks, Kyrgyz cooperating to level unthinkable 10 years ago
6 days ago
PANNIER: A very Turkmen coup
10 days ago
OPINION: Bulgaria sets itself a tough task with Burgas-Alexandroupolis pipeline revival
14 days ago
NEMETHY: Is Ukraine War the beginning of World War III?
14 days ago