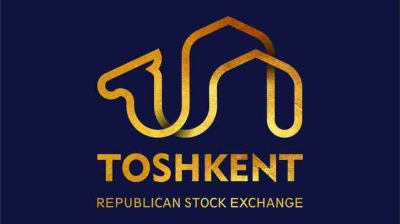 The former head of the Georgian stock exchange, Giorgi Paresishvili, has been hired to reform Uzbekistan's capital markets. / bne IntelliNews
By Ben Aris in Samarakand November 10, 2022 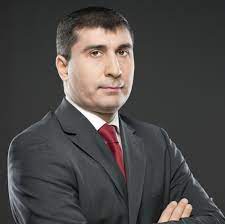 When I first interviewed Giorgi Paresishvili eight years ago he had just been appointed the CEO of the Georgian Stock Exchange (GSE) as well as chairman of the supervisory board of the central securities depository (CSD) and had been tasked with modernising the domestic capital market.

Already regarded as the most progressive country in the Caucasus, joining Clearstream widened Georgia’s lead over its Former Soviet Union (FSU) peers further as international investors could overnight buy stocks and bonds on the local exchange directly from their trading desks in London and New York. The reform opened access to a new pool of capital of hundreds of millions of dollars and transformed the market.

Paresishvili drove through a reform programme to create an international standard capital market that its companies and banks can tap to raise capital, as well as provide investment opportunities for things like domestic pension funds.

Now Paresishvili hopes to do the same thing for Uzbekistan.

“The Ministry of Finance of Uzbekistan approached me in Spring of 2022 and offered me this job,” Paresishvili, now CEO of the Tashkent Exchange, told bne IntelliNews in an exclusive interview on the sidelines of the Uzbek Economic Forum in Samarkand at the start of November. “They wanted me to help them develop the Uzbek capital market and open it up to foreign portfolio investors.

“The Ministry of Finance was looking for someone with experience in both international and regional capital markets, and for someone who at the same time spoke Russian,” said Paresishvili, who has also worked in New York and London at international investment bank Credit Suisse First Boston (CSFB) and at Bank of Georgia and Bank Republic (part of Societe Generale Group back then) in his native Georgia.

Paresishvili was hired to run the Tashkent Stock Exchange (TSE) in September this year and the first thing he did was fly to the Clearstream headquarters in Luxembourg to invite the company to start operations with the Uzbek capital markets.

“I think they also liked the fact that we set up a link with Clearstream in Georgia, effectively opening up local securities market to foreign investors. After Georgia other regional markets – Armenia, Kazakhstan, Ukraine, Serbia and the Kingdom of Saudi Arabia were linked with Clearstream and we hope it can be done in Uzbekistan as well” Hooking up Georgia to the international financial system brought in new foreign money, which at its peak equalled 10% of the outstanding bonds. A third (34%) of Russian OFZ local treasury bills were owned by foreigners at its peak about two years ago, but that percentage has fallen to 17% now. From start to finish it took Paresishvili three years to connect the GSE to Clearstream.

The work has already begun, but Paresishvili says it will take at least a year to complete, as the IT system has to be revamped and laws changed to introduce things like nominee accounts.

The government is actively anticipating the change that revolutionised the Russian capital market in 2014 and in Ukraine when it joined in 2019, bringing in a fresh $20bn and $5bn of international capital to the local bond markets respectively.

Odilbek Isakov, Uzbekistan’s deputy Finance Minister, told bne IntelliNews that Uzbekistan has already issued $1bn worth of local treasury bonds this year as well as issuing its first “floater”, a bond linked to the inflation rate, and a local bond with a 10-year maturity – the longest ever – in just the last month.

And in June Uzbekistan saw its first corporate bond issue on the local exchange by the white goods manufacturer Artel in a landmark deal.

The European Bank for Reconstruction and Development (EBRD) also bought some Uzbek treasury bills in the first week of November in a landmark deal – the first foreign entity to buy a local bond and the development bank’s first investment into local securities.

“The government of Uzbekistan is now starting to bring large state-owned companies and banks to a local market by privatising them through IPOs on the Tashkent Stock Exchange,” says Paresishvili. “But the liquidity on the local stock market is pretty low as we are still very much a Frontier Market. The development of equity market allows local corporates to deleverage by raising additional equity” Paresishvili says. “That in turn enables Uzbek banks to lend more to local companies, which helps grow economy and create new jobs.”

Hiring Paresishvili to run the TSE is designed to take Uzbekistan’s capital market reforms to the next level but the government has already been working on improving them since October 2019, when Uzbek President Shavkat Mirziyoyev held a meeting with several ministers and public agencies, including the Capital Markets Development Agency, where he directed them to “consolidate all relevant laws, acts and decrees into single, simple and flexible capital markets code by the end of 2020”, putting capital markets reform at the top of the agenda.

That was followed by another decree in April 2021 that spelled out more details of the reforms, including an upgrade of the IT system and allowing international investors to sell their shares and repatriate their earnings in hard currency for the first time. International fund AFC Capital, which had a few million dollars invested into Uzbek equity at the time, and more now, tested the system and reported that it works.

The edict comes with ambitious targets that are set until the year 2023:

Source: President of the Republic of Uzbekistan

“The development of the equity market will allow local corporates to deleverage by offering them an alternative source of capital as they are now highly leveraged,” Paresishvili says. “That affects the banks too, as they are not so willing to lend to corporates forever.”

Paresishvili has a long shopping list of reforms that still need to be made. The local CSD needs an upgrade, as almost as important as allowing foreigners to buy shares is having decent infrastructure for holding them once you own them, Paresishvili says.

“Buying shares is only half the bargain; you also need somewhere to hold the stocks once you own them. Bringing partners like Bank of New York Mellon (BONY) will help as they can also give access to many new markets,” Paresishvili told bne IntelliNews. “The TSE IT system also needs an upgrade, the same thing we did with the GSE.”

OUTLOOK 2023: Ukraine
18 hours ago
OUTLOOK 2023: Russia
18 hours ago
West prepares to impose price caps on Russian petroleum products
1 day ago
M&A in Emerging Europe fell by 20% to €32.93bn in 2022
1 day ago
Italy pushes for investments into Western Balkan strategic sectors
1 day ago