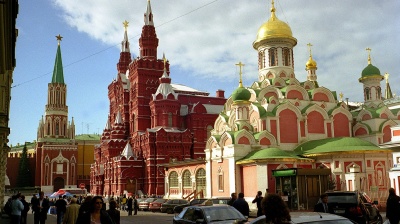 Russians are more worried about rising international tensions with the West than inflation, according to the latest “Fear Index” produced by state-owned Russian Public Opinion Research Center (VTsIOM). At the same time, concerns about wage cuts and job losses have fallen to their lowest level this year, another piece of evidence that Russia is emerging from its recession, according to the sociologists

In July, the Fear Index showing the level of citizens' concerns about international tensions was almost unchanged at 21 points, according to the study. The Fear Index runs from zero to 100, with higher values corresponding to higher fears. In the same month, fears related to the economic situation were falling. The fear of inflation – long Russians biggest fear – was displaced from the top spot, falling from 21 to 17 points.

However, VTsIOM notes that, "for most of the indicators, the situation today is more intense than a year ago."

Russians in July became less worried about rising crime and unrest within the country. The mid-summer index results fell by 1 point in June and was down 5 points in July for crime, but were up by 2 points in June then down 3 in July for unrest.

"At the same time, the fear index of real income cuts and job losses have decreased and reached an annual low,” VTsIOM said in a press release.