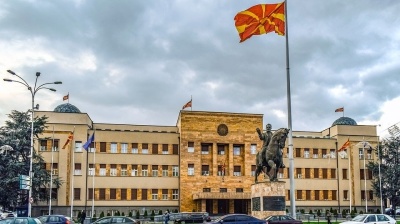 The International Monetary Fund (IMF) criticised the North Macedonia’s government for raising the minimum wage by 44% cumulatively since 2017 amid low productivity growth, according to its statement released on January 27.

The IMF estimates that the minimum wage in North Macedonia will reach 53% in 2020, which it said is high by regional standards.

“These increases may not be effective in reducing overall poverty and may have adverse effects on formal employment and competitiveness,” the IMF said.

The IMF noted that the economic activity in the country is strong with real GDP growth estimated at 3.2% in 2019, supported by private consumption and a rebound in investment.

The overall fiscal deficit is expected to have remained below 2% of GDP in 2019, keeping public debt broadly stable.

The IMF praised the country for entering a period of solid growth and stability after a protracted political crisis. Growth is expected to accelerate in 2020.

According to the Fund, lower taxes and higher pensions and wages are expected to provide a further stimulus to consumption. Export and investment growth would remain robust but slow somewhat, reflecting weak growth in trading partners.

“Staying on the path of reform is essential to further bolster the economy’s resilience to shocks and durably raise income levels,” the IMF underlined.

It also recommended that speeding up income convergence and improving living standards will necessitate a more growth-enhancing fiscal policy mix.

The IMF concluded that further strengthening the financial stability framework remains a priority.