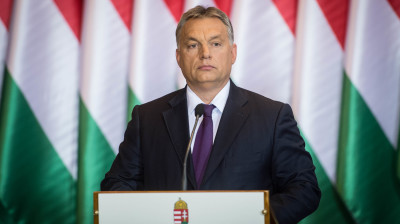 Viktor Orban has a long track record of backing down when it comes to the crunch in his battles with Brussels. / Photo: CC
By bne IntelliNews May 1, 2017

Hungary’s Prime Minister Viktor Orban pledged at a stormy session of the European People's Party (EPP) on April 29 that he will comply with demands of the European Commission to amend the controversial higher education law, which threatens to force to close Budapest's Central European University.

The Hungarian PM was summoned to the closed session of the centre-right European party caucus to explain the latest developments about the law. The EPP leadership set out in a statement that it sent a clear message to the Hungarian PM that he must respect academic freedom and the autonomy of universities. He should also halt anti-Brussels propaganda.

The EPP – which includes heavyweights such as Germany’s CDU and Jean-Claude Juncker, president of the European Commission, as well as Orban's Fidesz party – has come under intense pressure during the crisis over the CEU to rein in the Hungarian leader. The group has acted as a major shield for Orban’s controversial turn towards "illiberal democracy" since he returned to power in 2010.

Reports from Germany’s Der Spiegel say Orban engaged in a bitter row with Juncker at the meeting, and that other EU officials threatened Hungary’s EU funds – the main point of leverage that Brussels grasps.

The EPP meeting also attacked Budapest's ‘national consultation’; a survey sent out to Hungarian households asking them to respond to questions regarding the EU’s right to oversee local legislation.

Joseph Daul, EPP president and a long-time ally of Orban, said “the constant attacks on Europe, which Fidesz has launched for years, have reached a level we cannot tolerate”. The EPP wants the CEU to remain open, have the deadlines suspended, and see dialogue with the US institution opened

As is standard, Orban appears ready to backtrack in the face of real pressure at an EU level. However, Orban did not tell the EPP that he will withdraw the law,  only promising to fulfil the demands set by the commission.

The EPP is far from convinced that the Hungarian PM is ready to follow up his promises with real action to quell the fight against the EU. German Chancellor Angela Merkel reportedly said that she is now waiting for “the actual results” from the meeting.

The European Commission launched infringement proceedings against Hungary earlier in the week over the amendment of the higher education law, which it says violates EU rules on the freedom of establishment and freedom of service. The commission has given Hungary one month to respond to its formal notification, rather than the usual two – a sign that both the EU and EPP leadership are taking the matter seriously.

Orban maintained his view that the issue of Central European University is purely legal. Hungarian officials also continue to rail against founder George Soros, and is pushing new legislation on foreign-funded NGOs at the same time.

The CEU controversy is a part of a wider offensive by Orban against foreign-funded civil society organisations, note analysts at Teneo Intelligence. “While Fidesz’s approach resonates well with its electorate, rumbling disputes with the EU will continue to weigh on Hungary’s international profile,” writes Andrius Tursa.

Critics say that even the infringement procedure will have limited impact on the government's policy, which is driven by domestic political considerations ahead of the spring 2018 general elections. Orban has spent years using the EU ‘bogeyman’ as a prop for raising his domestic political support, presenting Fidesz as a defender of Hungarian sovereignty.

However, the Hungarian PM retains a strongly pragmatic strategy, and has a long track record of backing down when it comes to the crunch in his battles with Brussels and Washington. Prior to the EPP meeting, there were calls for the group to expel Fidesz from its ranks. The caucus has rarely criticized Fidesz, largely because without its Hungarian member, its position as the largest bloc in the European Parliament would be eroded.