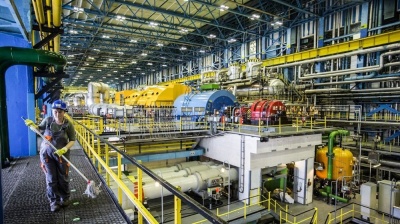 By Tamas Szilagyi in Budapest November 20, 2019

The two new blocks at the Paks nuclear power plant could be up and running around 2030, local media reported on November 19 citing minister without portfolio in charge of the project, Janos Suli. The minister said the cabinet is to submit the modified financing contract to lawmakers soon as it seeks an extension of the date for the repayment of the €10bn loan from Russia.

The construction should have started in 2017, but MVM Paks, the company in charge of the operation has not received the final licence for constructions yet. The government blamed a protracted European Commission probe for the delay, but when that was completed Rosatom still had trouble meeting tight EU rules for security standards.

The government had not provided an official target date for the launch of the new blocks in the past 12 months.

After comments by Suli in the parliament's economic committee it looks certain that the new blocks would not be operational before 2030. Nuclear experts consider that 2032 is a more likely date.

The delay is unfavourable for Hungary as the financial agreement with Russia set 2026 for the starting the repayment of the €10bn loan.

Russia has accepted Hungary's request to amend the agreement. Under the new contract, Hungary would start repaying principal and interest when the two new blocks start operating, rather than from 2026 as stipulated in the present contract.

No other conditions would be amended in the contract, Suli stressed.

He noted that Rosatom handed over the project’s technical documentation to Paks II Zrt, the company managing the upgrade, last month.

The minister in charge of the project said this had been a crucial step in the project in order for Paks II to be able to submit the request for the implementation permit to the National Atomic Energy Authority (OAH) next summer.

The OAH will then have 15 months to assess the request, he added. At the same time, Suli stressed that safety was more important than meeting deadlines. The plant’s new blocks must be able to supply Hungary with cheap electricity for a period of 60 years, he added.

In related news, BSE-listed Opus, owned by Hungarian oligarch Lorinc Meszaros, said that its subsidiary won 50% of a contract worth net HUF16bn (€44.8mn) to build a temporary storage module for spent fuel rods from the nuclear power plant.