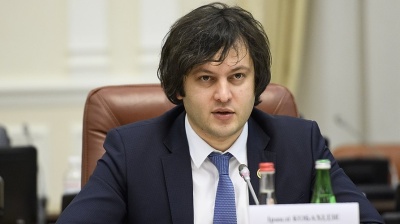 The ruling Georgian Dream party has annulled its signatory status to the April 19 EU-brokered agreement that was introduced to resolve the six-month political crisis that paralysed the parliament in Georgia after the opposition parties claimed the country’s 2020 general election was fixed. The deal, signed after prolonged and painstaking negotiations initiated by European Council President Charles Michel, is meant to lead to large-scale electoral and judiciary reforms.

Georgian Dream chief Irakli Kobakhidze claimed on July 28 that the agreement "has completed its mission", while accusing the opposition parties of non-fulfillment of its provisions.

He observed that though it was 100 days since the signing of the agreement by Georgian Dream and five opposition parties, the country’s international partners "do not think it is necessary to strictly demand from the radical opposition that they join the agreement and participate in its implementation".

Kobakhidze said that holding the scheduled October 2 municipal elections under the EU-mediated agreement with no signature from UNM "would be harmful for Georgia’s interests."

"In this situation, there is no alternative to annulling the agreement," Kobakhidze said.

In response to Kobakhidze’s announcement, several opposition lawmakers suggested they would leave parliament and boycott the local elections.

Under the agreement, if Georgian Dream receives less than 43% of the vote in the local elections, another general election should be held. Kobakhidze said that the governing party was ready to "show goodwill" and accept the conduct of repeat parliamentary elections even if it received 53% of the vote.

"We will do this if the actions of opposition political parties show that the political system in the country is ready for an effective coalition governance," Kobakhidze said.

He stated that in the short run the EU-mediated agreement played a positive role and "forced" the opposition to suspend its sabotage against state interests. Georgian Dream was "particularly thankful to Mr Michel" for this, he said.

He added that some of the reforms proposed by the agreement have been carried out, while the remaining reforms would be implemented in the coming months.

Opposition parties took to the streets following the elections, stating that the elections were rigged in Georgian Dream’s favour. They demanded that the vote be rerun and boycotted the parliament when that did not occur.

The UNM has previously said that it refrained from joining the EU-brokered deal because "several notes in it were unacceptable".