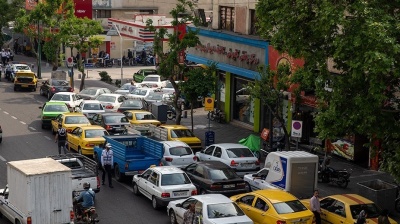 Iranian motorists in the past couple of days found themselves in long queues at gasoline stations in Tehran and several other cities after rumours spread that petrol rationing was set to be introduced.

Iran’s Oil Minister Bijan Namdar Zangeneh refuted the speculation, calling it a "lie" and saying that there would be an explanation "later".

Razmezan Shojaei Kaisari, an official with Iran's Interior Ministry, said a final decision had not been made about "the extent" or "timing" of rationing while adding that the issue was being reviewed, according to RFE/RL.

Officials in Iran are moving ahead with plans to reduce the amount of subsidised petrol available to 60 litres per month per car at a price of Iranian rial (IRR) 10,000 or $0.07 per litre (at the free market exchange rate), ISNA reported on May 1.

The subsidised retail value of Iranian gasoline and the 65% drop in the rial's value against the dollar—largely caused by the US launching a sanctions assault on Iran’s economy—has made the country the second cheapest nation on earth in which to buy petrol or diesel (Venezuela holds the top spot). This has caused rampant smuggling of petrol to neighbouring countries.

More expensive fuel is “rational”
Earlier this week, Zangeneh said a price increase and rationing were the only methods available to address the smuggling. "Raising the price of fuel to the point that people can endure is rational," Zangeneh was quoted as saying by the semi-official ISNA news agency.

Under the reported plans, less-subsidised fuel will be available at IRR30,000 per litre ($0.21). That would still, however, make petrol one-fifth less expensive in Iran than in neighbouring Iraq and Kuwait. The price in Turkey is $1.34 per litre.

Subsidised petrol in Iran is available to all people that have bought cars produced in the country.

The low fixed price of petrol has driven consumption up year by year, despite the Rouhani administration’s efforts to wean Iranians off motor fuels with incremental price rises. According to the government’s statistics, some 90mn litres of petrol is consumed daily by Iranians, while some 10-20mn litres illicitly leaves the country per day.

Iran has invested tens of millions of euros in the development of its petroleum industry in recent years. The revamped Persian Gulf Star refinery in the south of the country went into operation last year to make Iran self-sufficient in petrol production. It produces Euro-4 and Euro-5 quality gasoline for domestic consumption and regional export.

Torching of petrol stations
Iran has previously brought in stringent controls on petrol purchasing. In 2007, the Ahmadinejad government, in the face of multilateral sanctions that prevailed back then in contrast to the unilateral US sanctions that are now in effect, introduced fuel rationing cards to limit the amount of fuel people used daily. There were violent protests that led to some torching of petrol stations.

Under the Ahmadinejad rationing regime, each driver was entitled to 180 litres of fuel per day. This time around the maximum could be cut further, although no exact amount has yet been specified.