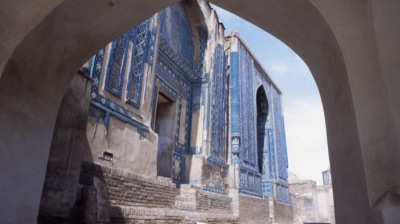 It was only a matter of time before attention of frontier market investors turned towards Uzbekistan, Central Asia’s largest country that until only a few years ago was stuck in a post-Soviet time warp. Today, the country is in the midst of a transformative economic reform process, and potential is considerable given that growth will come from a low base. The Tashkent Stock Exchange, which has been trading since 1994 but on a very limited scale, is opening up – and will provide an excellent opportunity for early moving frontier investors.

So far exposure to this market has been almost non-existent but change is imminent. I spoke to two fund management companies with different approaches, who are eyeing the Uzbek market.

Asia Frontier Capital, based in Hong Kong, will be the first to launch an Uzbekistan Fund in March. Despite weak sentiment towards emerging market at the moment, founder and manager of the fund Thomas Hugger believes this is the right time to look at this market.

He compares Uzbekistan with North Korea or Cuba, were they to open up, or Venezuela if it were to resurrect one day.

“The key difference is that unlike these other off-the-radar investment destinations, today Uzbekistan is a functioning country, with nascent capital markets, a reasonably diversified economy, natural resources, agricultural and industry sectors in a descent state,” Hugger said.

A potential global economic downturn doesn’t worry him. Hugger says he views Uzbekistan as an ‘uncorrelated play’, meaning it would be less affected by a global downturn as it has its own growth drivers.

Some listed stocks are extremely cheap, trading around 3-5 times price-to-earnings, 0.5 times price-to-book, with good earnings growth and dividend yields in some sectors.

Hugger mentions cement companies, coal mines, services companies in the oil & gas sector, to focus on. For now banks are un-investible as Central Bank approval is needed to acquire stakes - something brokers are lobbying the government to change. The expected replacement of the current, conservative Central Bank governor this year might help accelerate this process.

“At this point this market is underdeveloped and trading volumes are low. There are 132 listed companies but many never trade. 10 stocks are relatively liquid, another 10-15 are semi-liquid,” Hugger explains. “Average daily turnover of the entire market (ex banks) is not more than $100,000. To find blocks you have to be creative sometimes, and going to companies and buying shares from employees can be an option.”

Another source of stock will be IPO’s or privatisations of which 50 are planned over the next 2 years. A challenge will be to convince sellers, often the State, that their price expectations are unrealistically high.

The largest investment hurdle is capital controls according to Hugger, although the repatriation of dividends has been allowed since September 2017, and the Central Bank is expected to abolish remaining controls, for principal investment capital and capital gains, later this year. In December, it wrote a letter to all CEO’s of commercial banks to start processing repatriations for foreigners in 2019.

"Additionally, corporate governance is in infancy. Accounting standards are weak. Assets have sometimes never been depreciated so can be massively overvalued. Access to companies can be strenuous and few firms have any sense of investor relations.

“The largest risk though is sudden policy changes, something that is often inevitable in these kind of markets and where the biggest losses can be incurred,” says Hugger.

The Tashkent Stock Exchange is not represented on Bloomberg yet. TSE is now talking to Bloomberg to change this. As TSE’s existence is not universally known, this could help putting the Uzbek equity market on the map.

Sturgeon Capital in London is another Central Asia frontier investor and also looking at the market but with a different strategy.

Sturgeon agrees the opportunity is huge. “There will be mistakes along the route but the pace of reforms is very exciting’, says CIO Clemente Cappello.

He wants to do more in Uzbekistan, but not necessarily in the listed companies space. “The economy works but the capital markets are still developing.”

The plan is to provide investors not with a dedicated fund for listed stocks, but rather a private equity type vehicle that is accessible and that gives exposure to the broader Uzbek economy, including banks, construction companies, real estate and tourism.

The banking sector specifically is interesting as with reforms going on, the black economy will be reduced and trust in banks will be improved. People will start putting their deposits in banks, says Cappello.

To capitalise on this, Sturgeon want to invest in banks with a good shareholders structure, dynamic management that will copy best practises from for instance Georgian banks, with a focus on technology. Cappello mentions Russian fintech pioneer Tinkoff Bank as a great example of what he thinks is possible in Uzbekistan.

Another focus is early stage situations for instance in microfinance, grocery delivery and travel app spaces. In Uzbekistan, even small investments to get people started and launch can go a long way.

“Uzbekistan will grow its GDP no matter what they do, there is so much low hanging fruit’,” Capello says, referring to upside that can be expected from changing the structure of the economy to a more market oriented one. He adds that China will keep investing in the Belt Road Initiative, something Uzbekistan will profit from, even if China will encounter economic woes itself.

Either approach, through investment in listed or non-listed companies, will encounter the usual hurdles found in frontier markets, but also offers first mover advantage for portfolio investors.