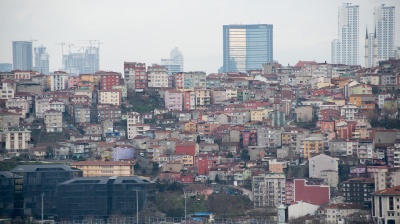 Turkey took a double blow late on January 27 when Fitch Ratings slashed the country's long-term foreign currency issuer default rating (IDR) to 'BB+' from 'BBB-', stripping the country of its last remaining investment grade, while Standard & Poor's surprised investors by lowering its outlook for Turkey to "negative" from "stable".

S&P and Moody’s Investors Service had already downgraded Turkey to junk last year and the Fitch move was widely anticipated. Nevertheless, the double whammy moved economist Timothy Ash to say on Twitter: "Talk about kicking someone when they are down, S&P changes BB outlook to negative. Rating already low, so this not expected."

The rating cut and the outlook downgrade come at a time when Turkey’s economy is facing slower economic growth, a tumbling currency, sticky inflation and heightened political noise, all weighing on investor confidence. The central bank’s unorthodox policy mix in pursuit of implicit interest rate tightening has failed to stop the currency’s decline. And with President Recep Tayyip Erdogan having on January 27 declared his opposition to the policy approach, while holding to his insistence that Turkey needs interest rate cuts, analysts continue to ponder whether the regulator can retain its independence from the politicians.

The lira, which has already fallen more than 8% this year so far, is likely to come under further pressure when markets open on January 30.

Political and security developments have undermined economic performance and institutional independence, Fitch said in a statement, explaining the rationale behind its downgrade.

“While the political environment may stabilise, significant security challenges are set to remain. A constitutional reform process is progressing, which, if approved in a referendum likely to be held in March or April, would entrench a system in which checks and balances have been eroded”.

According to Fitch, the failure to address long-standing external vulnerabilities has been manifest in a sharp fall in the currency. But, the rating agency does not expect “systemic problems that would jeopardise financial stability or trigger a balance of payments crisis, but it does assume a detrimental impact on the private sector”.

Fitch forecasts GDP growth to average 2.3% between 2016 and 2018, versus an average of 7.1% over the five years ending 2015. “Investment is not expected to pick up unless structural reform is pursued more aggressively than in recent years.”

“The monetary policy response to currency and inflationary pressures of Turkey's central bank may prove insufficient to anchor its inflation-targeting regime,” the rating firm said. It added that given the large-scale dollarisation of Turkey's economy, a weaker exchange rate erodes corporate balance sheets, financial sector asset quality, and growth.

S&P expects the Turkish economy to expand at 2.4% while it forecasts a CPI growth of 8.6% this year.

UK, Canada impose sanctions on Lukashenko and his top officials
10 hours ago
Poland tightens restrictions in response to rising coronavirus cases
11 hours ago
World must tell Turkey to “get out” of Caucasus says Armenian PM
14 hours ago
French President Macron promises Belarus’ opposition leader Tikhanovskaya to do all he can to help
1 day ago
Nobel laureate and Coordinating Council member Svetlana Alexievich leaves Belarus for medical treatment in Germany
1 day ago