Farming was Ukraine’s most profitable business in 2020, outlook for this year is excellent too 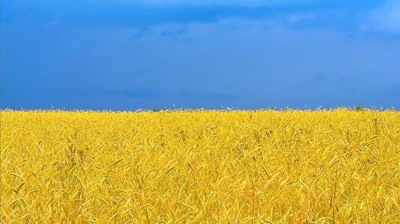 Despite a drought in 2020 Ukrainian farms earnt $3bn from grain production and are on track to earn the same, or more, this year on the back of expectations for a record-breaking harvest / wiki
By bne IntelliNews August 12, 2021

Farming was the most profitable economic activity in Ukraine last year, earning $3bn for producers, according to the National Scientific centre Institute of Agrarian Economics, UBN reported on August 12.

Eight out of ten (83%) of Ukraine’s farms made a profit while only 17% lost money. The profits were despite a drought that reduced crop yields, but shortages caused by the pandemic pushed prices higher that more than compensated for the reduction in volumes.

The outlook for this year is also very good as another bumper crop is expected at a time when grain prices remain elevated, due to the ongoing pandemic that has pushed food prices up around the world.

“Phenomenal yields” are pushing Ukraine’s wheat harvest to an all time record this summer, the Canada-based Western Producer news site reports as cited by UBN.

Russia’s Ministry of Agriculture forecasts the grain harvest at 127.4mnt for this year – the third largest harvest in Russian history, which is nevertheless less than last year's 133.5mnt. Kazakhstan’s production is also expected to fall modestly to 12mn tons. In contrast, Grain Trade Ukraine predicts Ukraine’s yield to increase by 11% year-on-year.

“With the flood of grain coming off the fields, Ukraine’s silos will start bursting at their welds next month. Ukraine’s privately run farms are doing fine. Ukraine’s privately run ports are doing fine. In between, the creaking state railroad creates a big bottleneck between the farm gate and the port gate. The solution is to allow private locomotives on state tracks -- a practice followed by all of Ukraine’s EU neighbours. In addition, cargo rates have to be raised to regional levels. At present, several well-known oligarchs are beggaring the public railroad for private gain,” UBN editor Jim Brooke said in a note.

In a turnaround, Ukraine’s food exports to the EU are up 10% y/y, to $3.7bn, for the first seven months of this year, reports the Ukrainian Agribusiness Club. Last year, Ukraine’s good exports to the EU dropped by 11%, compared to 2019. So far this year, Ukraine has used up five quotas for duty-free exports of food to the EU: honey, cereals and flour, processed starch, processed tomatoes, grape and apple juice. For the first three quarters of the year, quotas have been used for eggs and poultry.

Grain has become a welcome and important source of forex earnings for Ukraine as exports have surged in recent years and are expected to reach record levels this year as well.

After a 21% drop in grain exports last year, Ukraine now expects a 25% rebound in the grain exports for the current marketing year that started in July. With exports expected to reach 56mn tons over the coming year, Ukraine will return to the record year of 2019/2020, when 56.7mn tons were exported, predicted the Ministry of Agrarian Policy and Food.