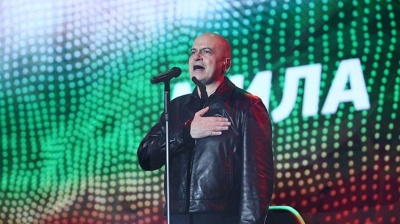 Slavi Trifonov's There Are Such People (ITN) scraped a narrow victory in the July 11 general election.
By Denitsa Koseva in Sofia July 29, 2021

Bulgaria’s There Are Such People (ITN), which won the July 11 snap general election, called the demand from the two other anti-establishment parties in parliament – Democratic Bulgaria and Stand up.BG! We Are Coming (ISBG) — for a written agreement that would guarantee the implementation of specific policies and reforms unacceptable and accused them of leading the country towards yet another snap election.

The July 29 reaction came a day after Democratic Bulgaria and ISBG requested guarantees from ITN that the proposed government will not be influenced by the former ruling party Gerb or the ethnic-Turk Movement for Rights and Freedoms (DPS), and a written agreement that would guarantee the policies and reforms the three formations have set as priorities.

Earlier this week, the three parties looked close to reaching an agreement, along with the Bulgarian Socialist Party, to back a new government, thereby ending months of political uncertainty.

“I want to ask what has happened during these four days that Democratic Bulgaria has withdrawn from its position and is attempting to form a cabinet without winning the election. For us, this is surprising and unacceptable and raises one more question – what games are being played in the 46th National Assembly,” ITN’s deputy leader Toshko Yordanov said during a parliament session.

“We only recently became politicians and already understand absolutely that politics is a dirty game, but it is a dirty game only if played by dirty people,” he added.

ITN’s deputy leader pointed out that morals and the law are the party’s main rules.

“Mr. Hristo Ivanov [Democratic Bulgaria’s co-leader] and Mrs. Maya Manolova [leader of ISBG], apparently you do not realise that with your actions you make [former prime minister and Gerb leader] Boyko Borissov happy because you are leading the situation towards next election. It is stunning if you realise it and yet are still doing it. If you continue like that, this will happen and it will be your fault,” Yordanov said.

Meanwhile, ITN also attacked caretaker Finance Minister Assen Vassilev, accusing him of committing frauds in the past. Vassilev was invited by ITN to become a member of the first government proposed by the party along with two other ministers but the three refused, saying they have different views on the main financial and fiscal priorities. On July 28, Democratic Bulgaria and ISBG pointed to the same three ministers as good examples of people who are not related to DPS and set high standards doing their jobs.

However, on July 29 Yordanov said that a man like Vassilev must not become a minister due to his past. That was applauded by Gerb and the DPS. An hour earlier, DPS’ deputy-leader Yordan Tsonev also criticised Vassilev. The minister responded, saying he won all his lawsuits in a court in New York and that he cannot understand why ITN is attacking him now after inviting him three times to become a minister in the next government.

“I have won all my lawsuits in the court in New York. What is bothering me is why, after inviting me three times, they [ITN] now suddenly decided that I am very problematic. In my opinion, here a very long hand of a very coordinated attack by the DPS and Toshko Yordanov can be seen,” Vassilev commented in parliament as quoted by Dnevnik news outlet.

“We have common directions, common understanding, common goals that it is unnecessary to have written on paper as we have stated them to you. Something has happened, I do not know what, but we have seen a 180-degree twist,” Yordanov told reporters as quoted by Dnevnik.

Meanwhile, members of Democratic Bulgaria and ISBG unofficially commented that ITN’s actions are appear to be synchronised with the DPS and the goal is to get the DPS’s support for government, which was denied by Yordanov.

The BSP said its talks with ITN continue and that the two parties have a lot in common in terms of priorities.